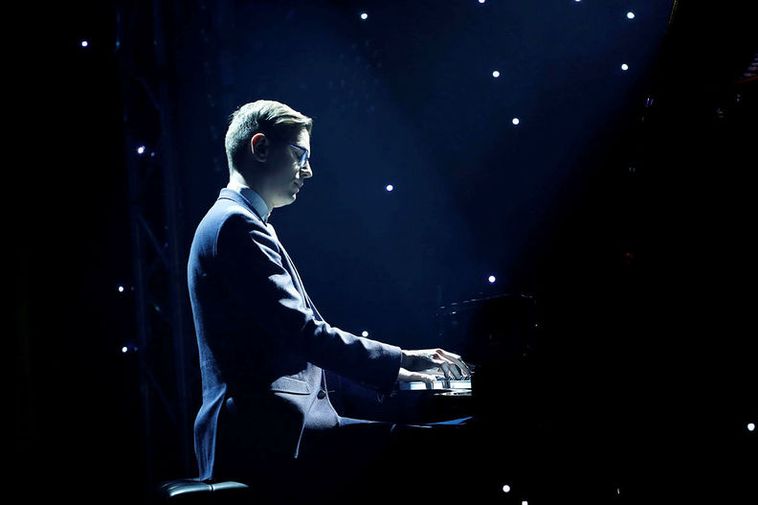 “I’m deeply touched to receive these important awards for my Bach album, and I appreciate how well it has been received,” states Icelandic pianist Víkingur Heiðar Ólafsson , who last night received two awards at the BBC Music Magazine Award.

He was presented with the top prize of the evening, Recording of the Year, as well as the Instrumental Award, both of them for his album Johann Sebastian Bach, released by Deutsche Grammophon last fall. The album, widely praised by critics, includes transcriptions of Bach by Wilhelm Kempff, August Stradal, Ferrucio Busoni, Víkingur Heiðar Ólafsson, Sergei Rachmaninov and Alexander Siloti.

“For ten years, I had wanted to record the Bach album, so I had thought about it for a long time,” he tells Morgunblaðið.

In the words of the jury, “Víkingur Ólafsson’s beautifully crafted Bach programme is a balm for the ears. His mix of original keyboard works and arrangements by a host of pianist-composers is played with such joy – his articulation is pin-sharp, his dynamic and tonal control constant delights. If ever there was an album to demonstrate Bach’s timelessness, this is it.”

Víkingur plans to record a new album for Deutsche Grammphon in Iceland this summer. It will include music by two composers, ages apart. He states it’s too early to reveal who they are.

This is a very special time for Víkingur, for his wife gave birth to a son a week ago, their first child.