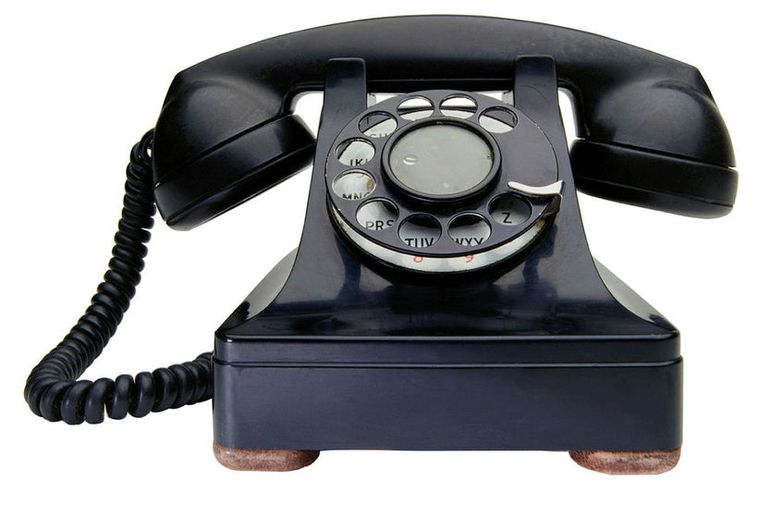 Fooling people was easier when this type of phone was the norm.
Vala Hafstað
vala@mbl.is

Yesterday was April Fool’s Day. It has long been a tradition in Iceland to play a practical joke on others this day. To do it right, you must trick the victim into traveling a certain distance, at the very least to cross a threshold.

Before the days of cell phones, you could tell your grandmother that her talkative, unstoppable, friend was on the phone, whose soliloquy was bound to last for at least an hour. Your grandmother would sigh at the thought of talking to her, grab her cane and limp across the apartment to take the call. The moment she picked up the receiver, you would grin and shout, “April’s fool!”

Or you could tell your parents that political activists were at the door, ready to sell them their propaganda, at which point your parents would scowl and sigh at the same time. You could even call your atheist uncle, posing as the leader of a Bible study group, inviting him to attend a meeting.

Best of all, though, was trying to figure out how the newspapers were trying to fool you. Inadvertent readers were easily fooled by cheap merchandise offered on sale for a limited time, resulting in long lines forming at the supposed sales venues. Not until they realized the line wasn’t moving did it dawn on them that they were being fooled.

The first known case of the Icelandic media publishing a fake report on April 1 was in 1957 when the Icelandic National Broadcasting Company (now called RÚV) had a “live report” of the ship Vanadís sailing up  Ölfusá river toward the town Selfoss, an hour’s drive east from Reykjavík. Gullible people got into their cars, eager to set eyes on the vessel.

Yesterday, a careful look at the newspapers didn’t yield much result. Only one report looked suspicious. It was on page two of Fréttablaðið. A limousine company was planning to offer commuters, affected by the bus strike, rides on bus route 14, between Grandi and Versló junior college. The company’s owner was quoted as saying, “We have three vehicles, each of which has room for 13 passengers. Even though the vehicles are big in their own way, we can’t quite replace the buses. But we will do our best.” He kindly asked people to form a single line at all the bus stops of route 14.

If you saw Icelanders standing in single lines all over town yesterday, you can assume they read the paper and believed the report. We are a nation generally not known for our ability to form a single line.