"Europe will look into a mirror" 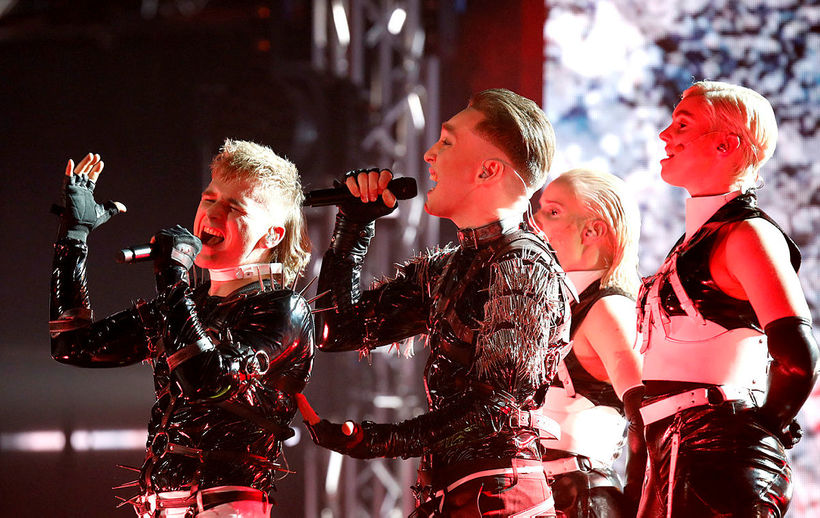 Hatari, the  cyber goth-techno band that will be representing Iceland at the Eurovision song say the next step in their plan is to present Hatari and their views to Israeli media. Hatari has already received strong criticism in the Israeli press.

"Iceland's Eurovision pick Hatari threatens to turn its Tel Aviv performance into a protest and challenges Netanyahu to a fight," writes Hareetz. 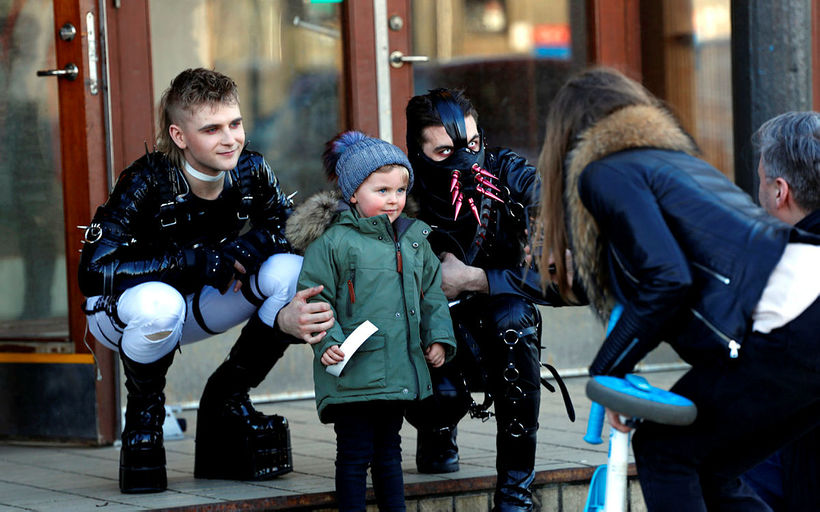 This little guy wanted to pose with Hatari. Hatari costumes are selling like hot-cakes for Öskudagur, Iceland's answer to Halloween on Wednesday. Eggert Jóhannesson

The band, whose members have young children, showed a softer side to themselves on Saturday night when they were shown decorating a cake and talking to kids. "We like to smile together and sing. We love children and there's nothing better for the image than a good cake," said singer Matthías Tryggvi to mbl.is, possibly sarcastically referring to the Independence Party promo video when Bjarni Benediktsson decorated a cake. 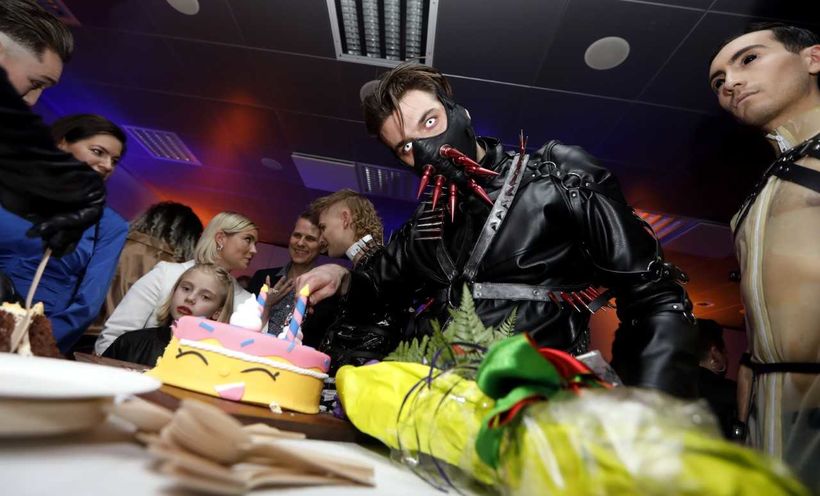 International press are very interested in Hatari and their song, Hate will prevail is being predicted as scoring highly at the contest in Tel Aviv in May. "The band has already drawn attention in that country which is according to our plan," said Matthías Tryggvi who has not revealed what the band will do when on stage in Tel Aviv. "We do not believe it is time yet to reveal that. We have managed to get a lot of discourse going in Iceland from several directions, which we applaud, and our aim is to keep a critical discourse going. What we do will be in the spirit of Hatari.  The Icelandic nation won't be disappointed."

But will Europe be as enamoured with Hatari as the Icelanders?

"Europe will look into a mirror and see Hatari. It will recognise it's reflection as doomsday is near." 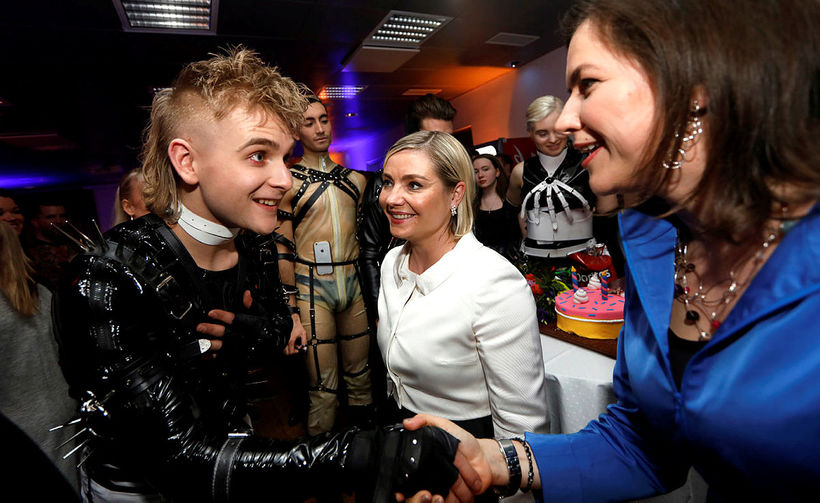