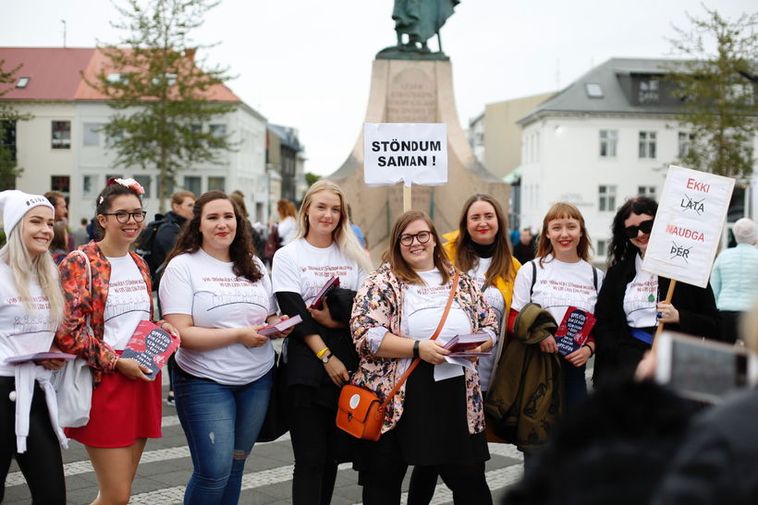 For the eighth year in a row, SlutWalk was held in Iceland on Saturday. Women in Reykjavík and Akureyri marched in large numbers against sexual violence, and there was also a march in Borgarfjörður eystri, the East Fjords.

The first SlutWalk was held in Toronto, Canada, in 2011, after a Toronto police officer was quoted as saying that “women should avoid dressing like sluts” to avoid being sexually assaulted. SlutWalks are held worldwide to call for an end to rape culture, victim blaming and slut shaming of the victims of sexual assault.

Stella Briem, one of the organizers in Reykjavík, told mbl.is, “This was wonderful. The unity, despite the weather, was perfect.” Sexual assault victims gave emotional speeches at Austurvöllur square. After that, marchers enjoyed music in the pouring rain.

This year, organizers stressed that SlutWalk is for everyone. The march’s slogan was also translated into many languages to reach the greatest number.

Stella noted the important timing of the march this year, the weekend prior to Merchants’ Weekend, the first weekend in August, when young Icelanders flock to outdoor events and campsites all over the country.

Viaplay to Be Launched in Iceland

Cheer up the Elderly with Song: Video