Getting Ready for Guns N’ Roses 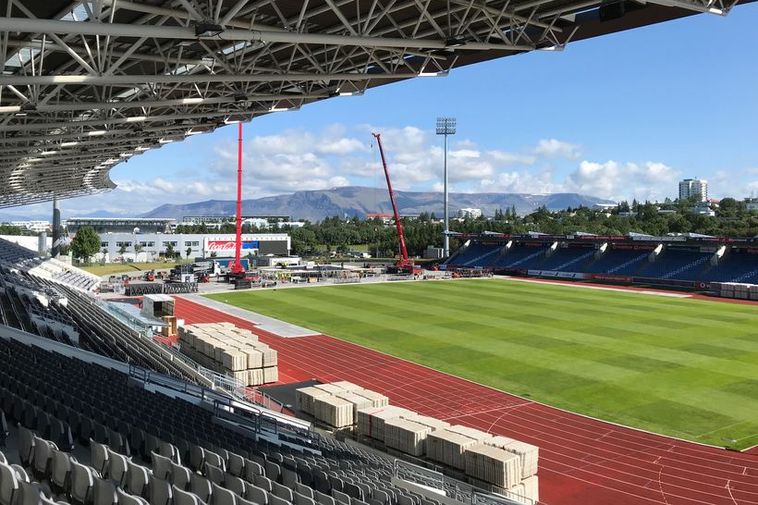 Preparations are underway for the July 24th Guns N’ Roses performance in Laugardalur Arena, Reykjavík. The event will be the finale to the US hard rock band’s Not in this Lifetime Tour, and organizers call it the largest production in Iceland’s history.

About 160 people are involved in the preparations, which take about a week. The event is planned by the organizers of the Secret Solstice music festival. A temporary floor is being laid to protect the lawn. No less than 56 containers of equipment are being brought to the site of the event, in addition to 100 trucks, loaded with equipment.

In a press release, organizer Friðrik Ólafsson states that the stage itself will measure 65 x 22 m (71 x 24 yd) and that three huge screens will be installed for better viewing, one of them 18 x 9 m (59 x 30 ft). He reports that the sound system will be the largest in Iceland’s history, including 100 speakers and four delay towers, set up to guarantee the even distribution of sound throughout the arena. He promises a great light show as well.

The gates open at 4:30 pm on Tuesday. Starting at 6 pm, Tyler Bryant & the Shakedowns will warm up for the concert, followed by Brain Police. The legendary Guns N’ Roses will step on stage around 8 pm and entertain fans for about three hours with hits such as “Sweet Child of Mine,” “November Rain,” “Welcome to the Jungle,” “Paradise City” and “Knockin’ on Heaven’s Door.”

Guns N’ Roses, formed in Los Angeles in 1985, is one of the best known rock bands in history, with more than 100 million records sold worldwide.