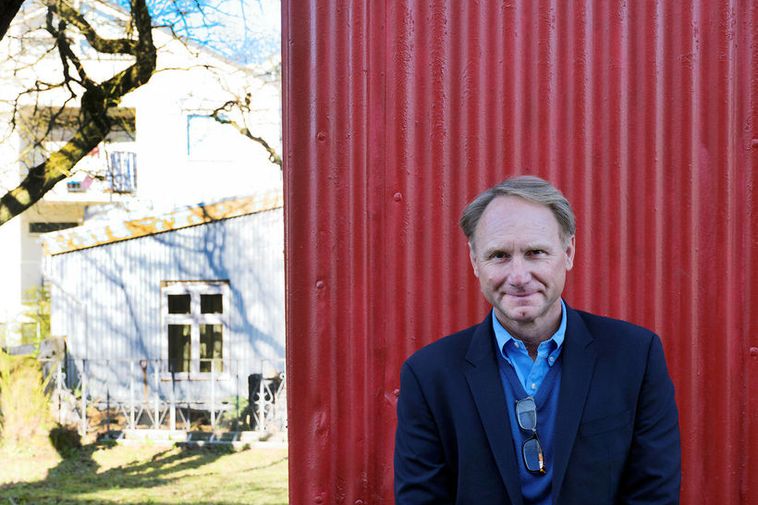 "There are lots of friendly cats in Reykjavik, I've noticed that" said American writer Dan Brown after a walk around the city centre. Brown is in Iceland on holiday and stopped at the Arnastofnun manuscript museum.

Brown's thrillers have been extremely popular since the Da Vinci Code was published in 2003.  Asked by mbl.is whether Iceland will feature in a new book he declined to answer. He said however that he had been lucky to travel around the world and that it was almost a crime that he'd never been to Iceland.

"I know that the tourist industry had boomed here in the past five years and I think that's because there are few places left on earth where you can still see pure and untouched nature, where you can connect to the Earth and the natural elements."

Brown hopes to see glaciers and volcanoes and to go horse back riding, as well as going swimming.