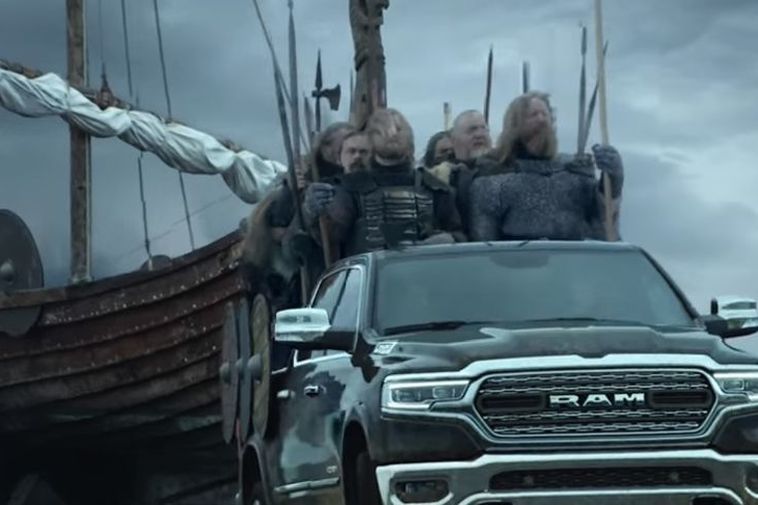 The Vikings- a commercial laden with references to the Icelandic Vikings, mythology and of course, the Minnesota Vikings. Screenshot/ YouTube
A group of Icelanders playing the part of Vikings took part in the Dodge commercial shown in the first half of the Super Bowl. The commercial was directed by Joe Pytka.
Among the Icelanders playing the "Icelandic Vikings" are one of Iceland's strongest men,  Magnús Ver Magnússon, and Stefán Sæbjörnsson.  The ad was filmed mostly in Icelan
Facebook
Twitter
Email
Reddit