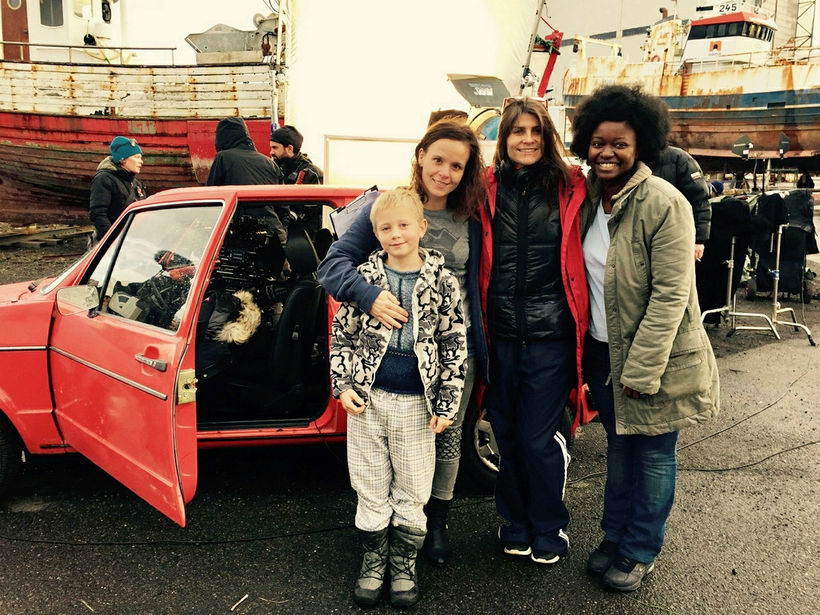 Uggadóttir accepted the award in person. And Breathe Normally had its world premiere at the festival on January 22, where Uggadóttir was also in attendance with the film‘s main cast and crew.

And Breathe Normally is Uggadóttir's first feature film. She previously wrote and directed the award-winning short films Family Reunion, Committed, Clean and Revolution Reykjavík, and she graduated from the Columbia University School of the Arts in 2011 with a master's degree in directing and screenwriting.

The film had a warm reception at the festival and has received positive reviews from Variety and Screen Daily.

A still from the film. Ljósmynd/Aðsend