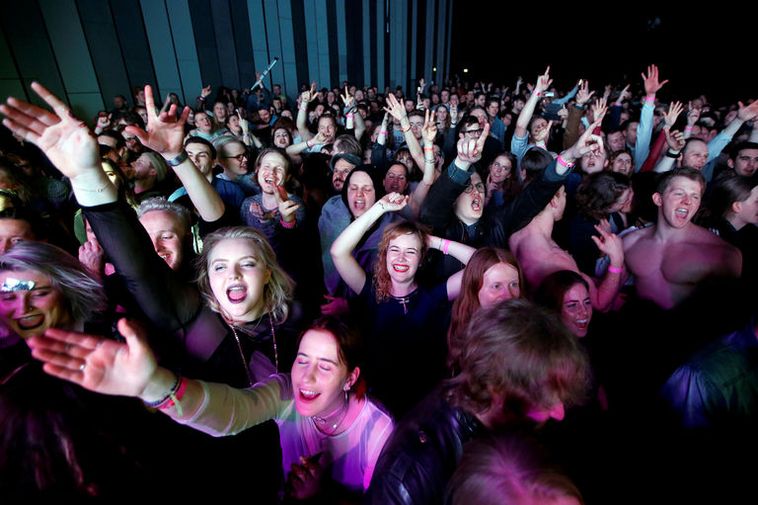 Sónar Reykjavik last year at Harpa. Eggert Jóhannesson
Yesterday Sónar Reykjavik announced a host of new artists for its 2018 edition - taking place across four stages at the unique Harpa Concert Hall located by the scenic harbour area in the heart of the Icelandic capital.

Red Bull Music Academy returns to Sónar Reykjavik for the fourth consecutive year, showcasing a hand-picked selection of trailblazing talent, many of them alumni of previous Academy editions. Like in previous years, RBMA will host its own stage, SonarComplex, with a mixture of local and international talent.

Elsewhere in Harpa, we welcome Resident Advisor who will take over SonarLab in their debut partnership with Sónar Reykjavik. A carpark by day, during Sónar the minimalist space is transformed into a dark and atmospheric stage, deep beneath the festival main rooms. Traditionally the festival’s stronghold for heads-down, no frills sets, the basement is a natural home for Resident Advisor and will play host to Cassy b2b Yamaho; Denis Sulta; Jlin; Lena Willikens; Volruptus; Eva808; Intr0beatz; Yagya and more.

More international and local talent will be announced in the coming weeks, completing a program that will consist of some fifty artists, bands & DJs.

The past three editions of Sónar Reykjavik have been fully sold out.