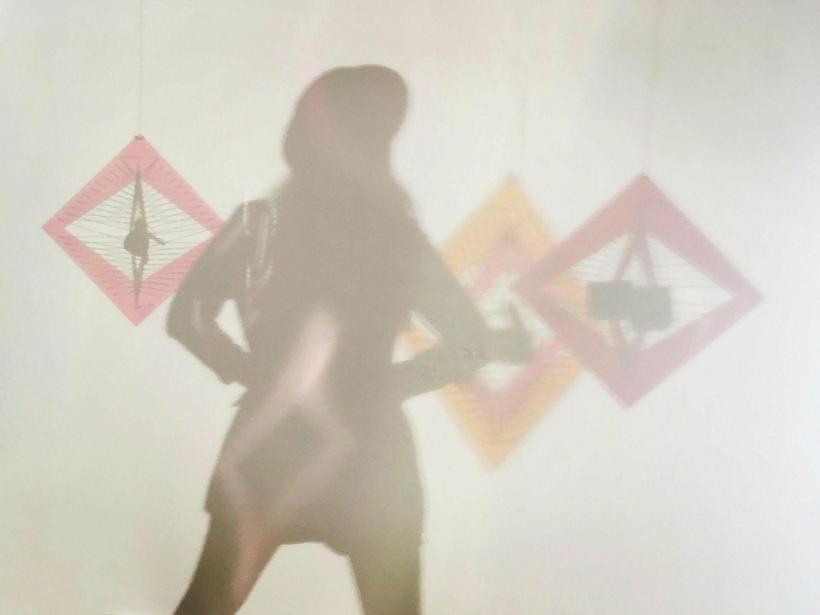 The shadows of the audience become a part of the piece.

If our inner self was a sound, what would it sound like? This question is central to Ingibjörg Friðriksdóttir’s installation in Harpa, a part of the music festival Ung Nordisk Musik Festival.

“The piece is called Portrait and the idea is that this is some sort of a abstract self-portrait of me in the form of sound,” Ingibjörg says. She’s an Icelandic composer, singer and audio artist who recently graduated for Mills College in California. She studied electronic music composition and recording at Mills and when she graduated she was awarded for outstanding composition. Her piece in Harpa is her thesis installation.

“I got a grant from Mills to teach recording and the use of synthesizers. That meant that I spent many hours in the school’s recording studio. I collected numerous recordings where I improvised and before I started each session I thought of something that has influenced me,” Ingibjörg says. 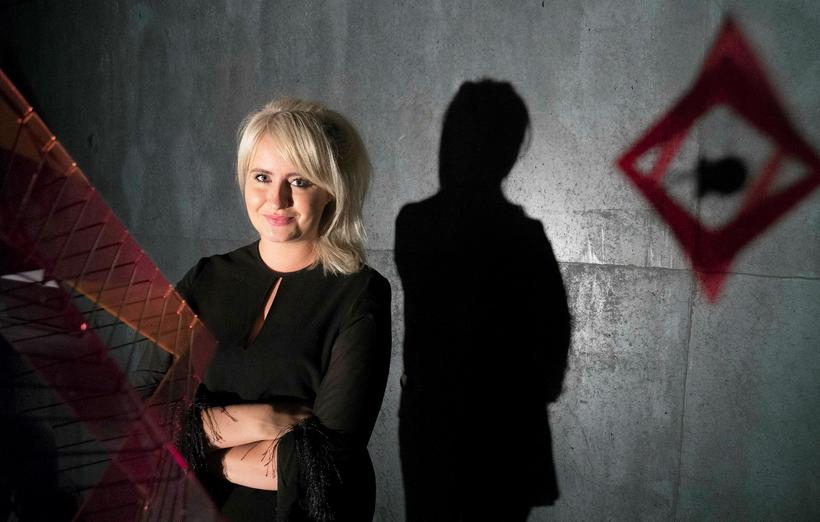 “I didn’t want to control the flow, there is something fascinating about having to deal with what happens in the moment and so I didn’t decide what material I would be working with before I got there. Therefore, some of these influences aren’t something I would admit to publicly but are obviously something that lies in my subconscious.”

Every sound in Portrait is a recording of Ingibjörg’s voice but she uses unconventional editing to blur the origins of the sounds.

“I was interested in how the entire process, from recording to replaying influences the sound. Originally, I experimented with building amplifiers. They all turned out to be similarly bad with no audible difference. Speakers have a great influence on sound however, and I decided to use everything from very poor speakers to big high-quality speakers,” she says. “The most fun part was that I got a great chance to buy a small Batman toy-speaker that I had dreamt of owning for a while.” 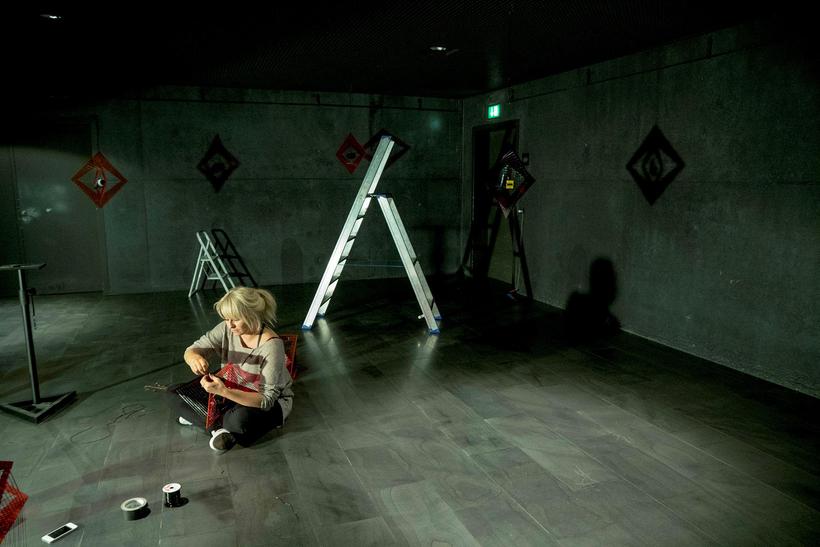 Ingibjörg, putting together the sculptures before the installation opened.

The same clips of audio move between these 14 different speakers and sound different according to the quality of each speaker. The smaller ones hang from the ceiling in rotationg sculptures. The audience walks around the space and the placement at each time influences the experience.

Shadows also play a role in the piece as lights create shadow sculptures on the walls.

“Walking around the room, the shadows of listeners become a part of the piece. So, it is impossible to experience the piece without being involved in it. This reflects how other people influence the self-image and their placement in the room influences their experience. 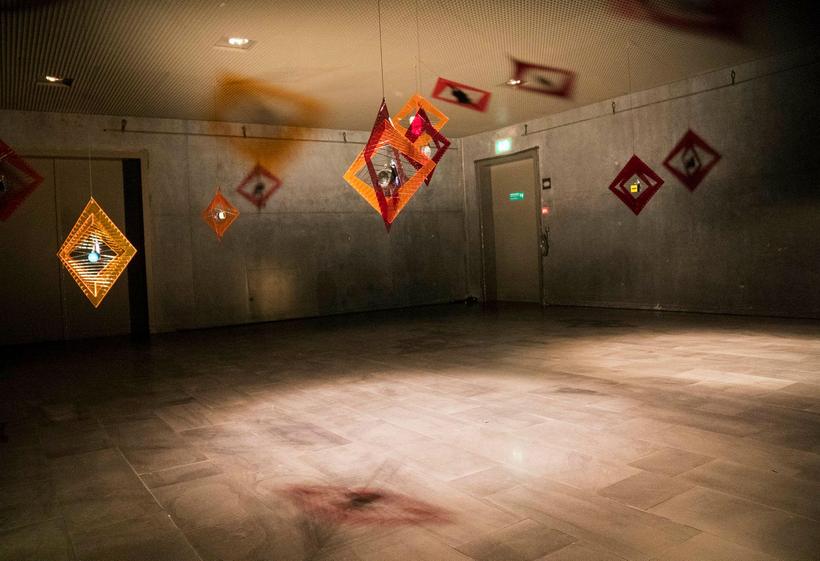 The installation is called Portrait.