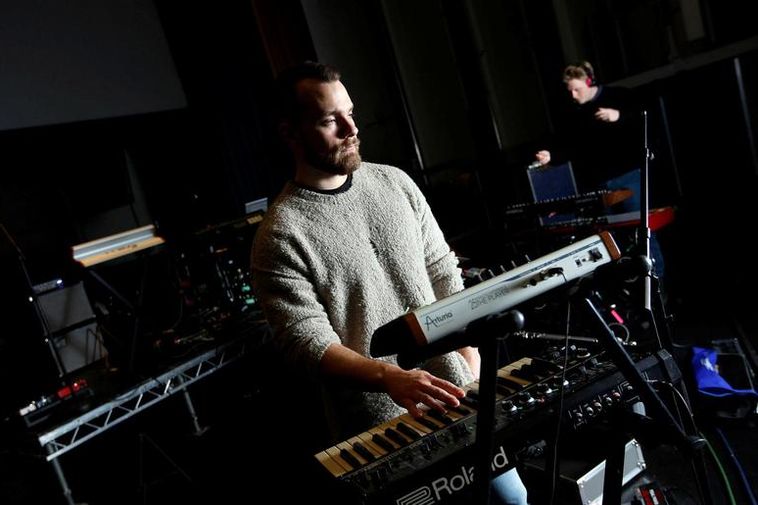 Icelandic singer/songwriter Ásgeir is right now in studio Hljóðriti inHafnarfjörður where he will be recording for 24 hours straight, from 5PM today until 5PM tomorrow. He’s gonna record as many 7“ vinyl records as he possibly can.

Ásgeir is a popular musician both in Iceland and abroad. He owns several hit songs and in 2014 he recieved four awards for his debut album Dýrð í dauðaþögn at the Icelandic Music Awards. He later released the same album in English with the title In the Silence, and was assited by American singer John Grant in the translation of the lyrics and re-production of the album.

Ásgeir will record simple versions of most of his greatest hits along with some covers during this extremely long recording session, with the help of other musicians that will come and go over the next hours.

The recordings will be unusual in the sense that they won’t make a pit stop in a computer before being available on CDs or online, they’ll be recorded straight onto vinyl records. That means each vinyl made is "handwritten" and will include unique recordings that won't exist anywhere else.

The live stream is available at Ruv.is and at Ásgeir’s Youtube channel, for social media the hashtag is #asgeirstraighttovinyl.