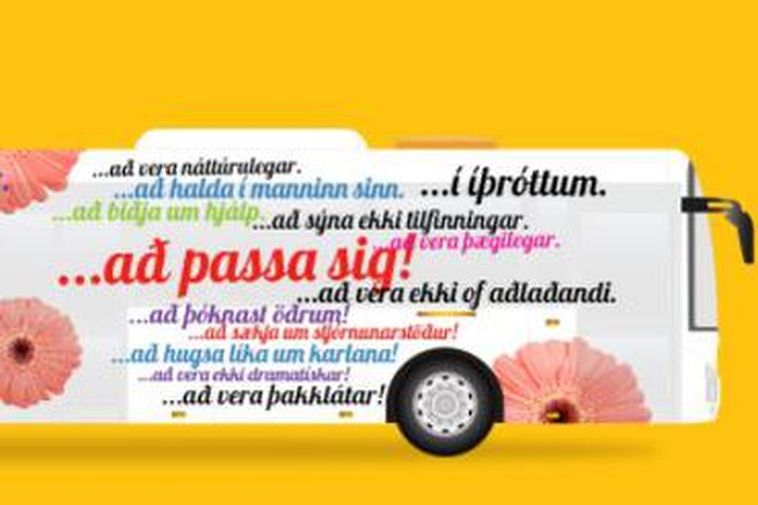 Women "have to be better at smiling, being calm, being careful, being more attractive, being grateful, being natural, keeping their man, asking for help" are among the things written on the bus. Screenshot/ Strætó.is

A contest was organised by the Strætó bus company where anyone could send in a design for a bus. The winner was Lena Margrét Aradóttir who made a feminist statement.

The results were clear at midnight last night with Aradóttir's bus design receiving a total of 6.960 votes and a close runner-up being a bus designed by Jakob Guðnason for the Scout movement in Iceland.

The feminist bus is inspired by the abbreviation KÞBAVD short for  „konur þurfa bara að vera dug­legri að" which means "women just have to be better at.. " and is an ironic phrase used by a feminist Facebook page of the same name.

According to a press release from Stræto over 1700 applications were received and over 50 thousand people voted.