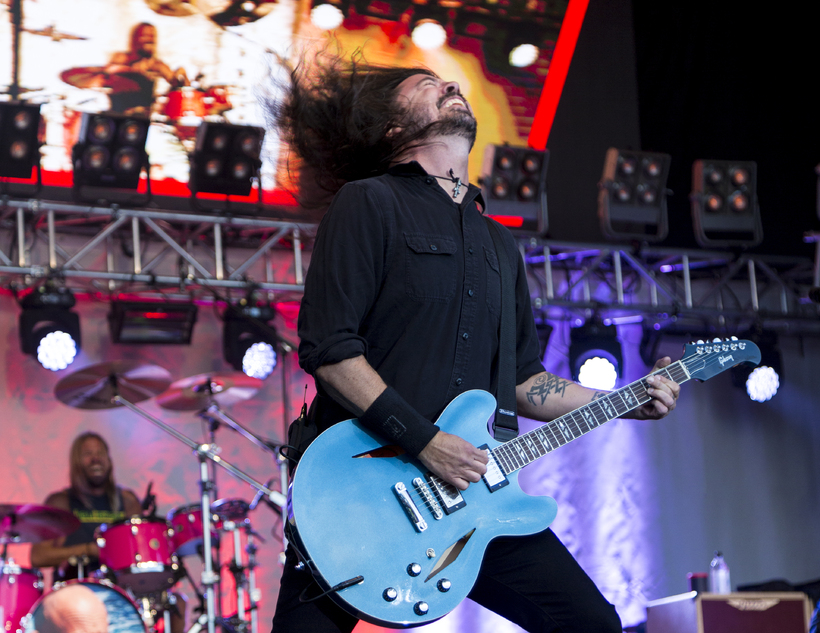 The Foo Fighters played many of their old hits, along with brand new songs. Iceland Monitor/Hanna

The Foo Fighters was the last band to step onstage last night at the Secret Solstice Festival in Reykjavik. They played for one and a half hours, a blend of old hits and brand new songs.

In the middle of the concert lead singer Dave Grohl said his eight year old daughter had asked him if she could play the drums at a concert. And then he introduced her on stage.

His daughter, Harper Grohl, played one song, We Will Rock You by Queen, and the crowd celebrated her like she was a bigger rock star then her father.

Dave Grohl is apparently fond of Iceland, and said that if he’d decide to move to another country, it would be Iceland. He believes it to be a model country, people are smart and respect nature and each other.

He then showed the crowd a necklace he bought here when the band played in Iceland in 2003, which he never takes off. The necklace looked like a hammer, most likely a symbol of pagan god Thor’s hammer Mjölnir. 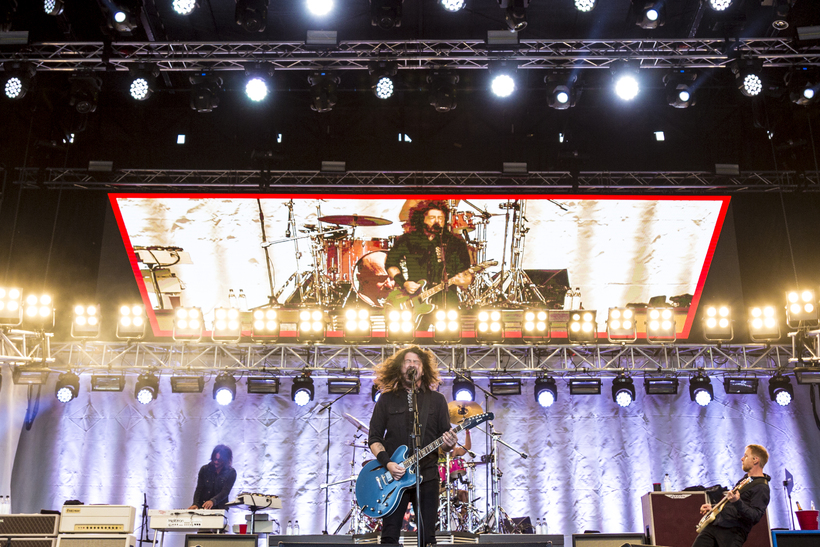 Lead singer Dave Grohl welcomed his daughter on stage with him. Iceland Monitor/Hanna 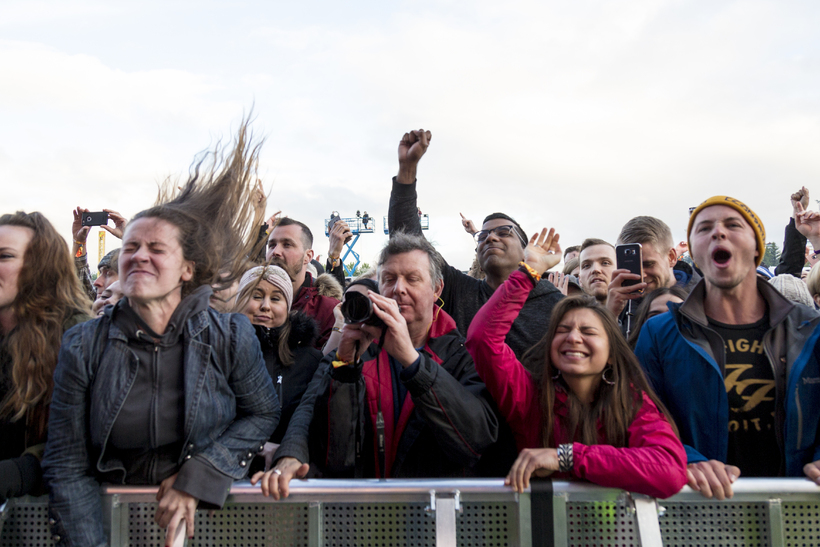 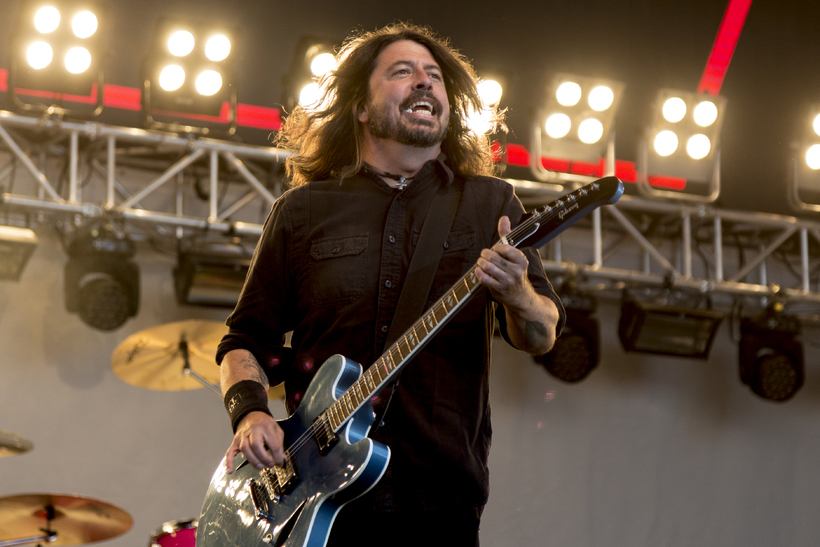