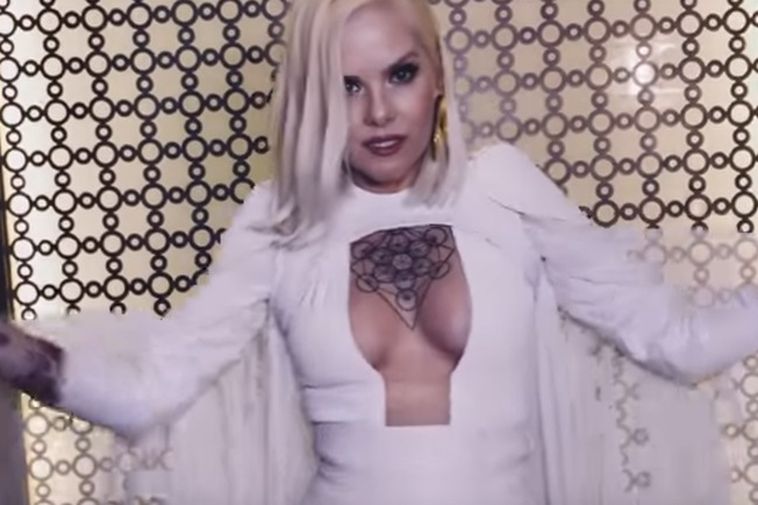 Svala wearing the catsuit and cape designed by Shoplifter. Screenshot/YouTube

Icelandic artist Svala who competes on Iceland's behalf in the Eurovision contest held next week, just premiered the stunning outfit she will be wearing on stage. It's designed by New York based Icelandic artist Hrafnhildur Arnardóttir, otherwise known as Shoplifter.

The beautiful and ever-young Svala is going for a nineties inspired white catsuit with white platform shoes and a superhero-esque diaphanous cape.

Svala will be competing in the Eurovision semifinals on May 9th with her song “Paper” which she wrote with her husband Einar Egilsson as well as  Lester Mendez and Lily Elise. She will be the 13th contestant on stage.

Svala, born in 1977,  first began singing as a child with her father, a very famous singer in Iceland called Björgvin Halldórsson who rose to fame in sixties band Hljómar.

She sang both solo and with a couple of Icelandic bands in the early nineties including Bubbleflies and in 2001 she first rose to real fame with her song The Real Me. Svala adopted the stage name Kali after joining electronic band Steed Lord and she launched her debut clothing line Kali in 2012. She's also been one of the judges on Iceland's edition of The Voice and is recognised as a fashion icon in Iceland.