Icelandic version of Dracula, Makt myrkranna, turns out to be Swedish in origin 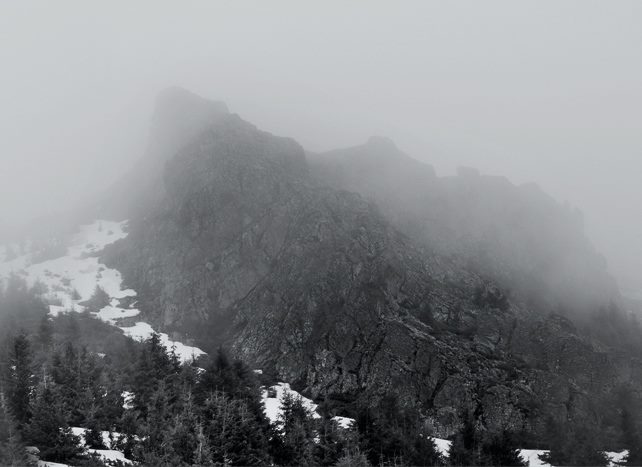 This intriguing story begins in 1900, when Icelandic publisher and writer Valdimar Asmundsson set out to translate Bram Stoker's world-famous 1897 novel Dracula. Called Makt Myrkranna (literally, Powers of Darkness), this Icelandic edition included an original preface written by Stoker himself. Makt Myrkranna was published in Iceland in 1901 but remained undiscovered outside of the country until 1986, when Dracula scholarship was astonished by the discovery of Stoker's preface to the book. 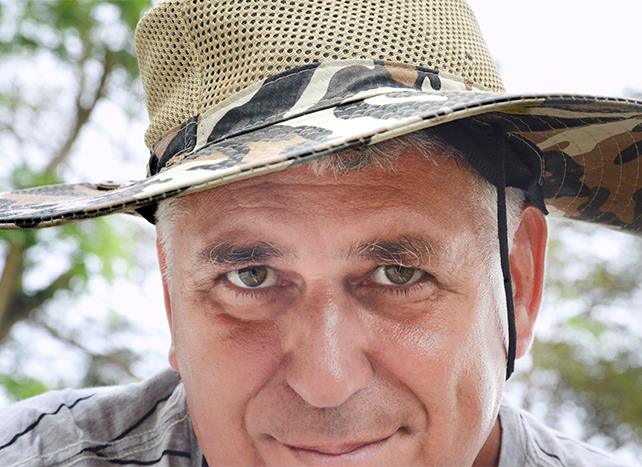 Author Hans de Roos: "In this sense, our ideas about Makt myrkranna will need to be updated and expanded, but I rather see this discovery as a positive challenge." Photo/ Danyela Nilles, Talamban, Cebu.

Previous theories on Scandinavian origin made in Iceland 20 years ago

Dutch writer and art historian Hans de Roos decided to translate the book , which is considerably different to Stoker's Dracula, into English and theorised that Stoker had collaborated on the story with Ásmundsson.  This translation, published by Overlook Press in New York under a month ago seems to have put focus again on Makt myrkranna and getting the attention of producer Sigurjón Sighvatsson who is making it into a TV series in English .

Now, however, a Swedish literary scholar, Rickard Berghorn has unearthed an earlier adaptation of Dracula, serialized in the newspaper Dagen in 1899.  According to Icelandic literary scholar Guðni Elísson, Icelandic scholars studying Makt myrkranna had always believed it likely that it was one of the first adaptations of Stokers work and possibly adapted from a previous Scandinavian source. This, according to Elísson, made them hesitant in making statements to the fact that the Icelandic version was unique.

Elísson gave a lecture on the Stoker's Dracula in 1997 where the question of whether Makt myrkranna originally came from an Scandinavian source was brought up and discussed by him and the audience. Most thought it to be highly likely.

It now seems that they were right in their speculation some twenty years ago. 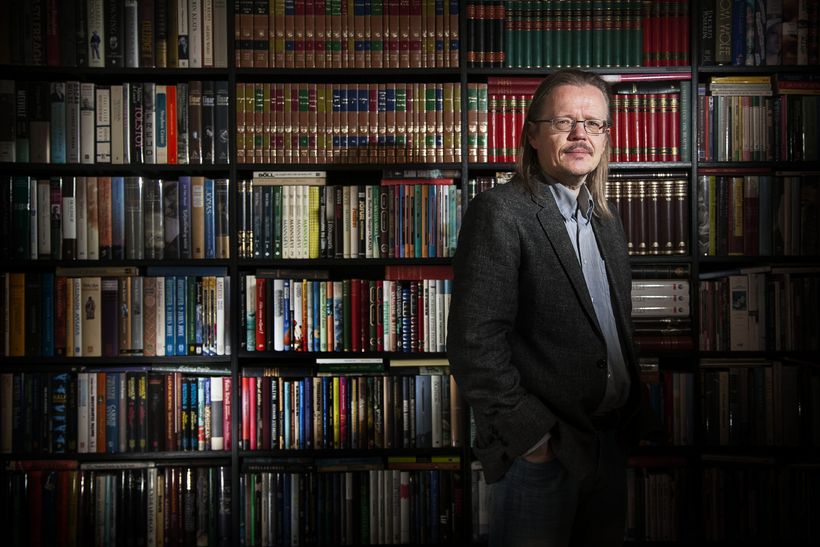 Speaking about this latest development de Roos says it's fascinating. "No one saw it coming. Neither my research colleagues nor my publisher nor my friend Simone Berni from Italy, who is a specialist for the early translations of Dracula . For more than a hundred years, Makt Myrkranna , the Icelandic adaptation of Dracula , has not been known outside of Iceland, except for the preface apparently authored by Bram Stoker himself. Evidently, those in Iceland who where familiar with Valdimar Ásmundsson’s modifications, did not recognize their significance for Dracula Studies in the UK or in the US. And the other way round, English-speaking researchers never cared to try and read the Icelandic text. I had to learn Icelandic, only to get to the gist of the matter.

Now it turns out that the same has been happening in Sweden. Several Swedish experts already were familiar with an early version of Dracula , that has been serialized in the Swedish newspapers Dagen and Aftonbladet from 10 June 1899 on. But no one ever paid attention to it, until Rickard Berghorn read about my English translation of Makt myrkranna and realized that this – still older –  Swedish version bore an identical title. Mörkrets makter, as is the title of the Swedish serialization , means exactly the same as Makt myrkranna : Powers of Darkness. That is how he made the link between the Swedish and the Icelandic version. First he assumed that Makt myrkranna would be a straight translation of the Swedish publication, but then he found out that the Swedish text is more complete and contains scenes neither described in Dracula nor in Makt myrkranna . And the madman Renfield is still in the story, among others."

De Roos got the news whilst travelling in Asia, just after the release of his book and a previous Iceland Monitor interview on the subject.

"I am working to set up a little art and photo school project on Bantayan in the Philippines – a small island that has been hit hard by super-typhoon Yolanda in 2013. The internet there is still extremely weak, so I could check only my main email account.  Upon coming back to Munich, I found a message that had been sent through the contact form of my book website. It came from Rickard, who informed me about Mörkrets makter and its possible connection with the Icelandic serialization." Asked whether he was shocked by the news and whether this meant an update on all his research on the origins of Makt myrkranna, de Roos replies that indeed, he was.

"Of course, because I had spent three years trying to find a direct connection between Valdimar Ásmundsson and Bram Stoker. Such a direct contact would explain how several elements from Bram’s notes for Dracula that were not published in Stoker’s 1897 novel now could turn up in Makt myrkranna – if this was not due to coincidence altogether. Now it seems as if we should rather start looking for a link between Stoker and Harald Sohlman, the Editor-in-Chief of Dagen and Aftonbladet – again assuming that Stoker had a hand himself in creating this more erotic and more political version. Rickard, at least, believes so.

But I was also very excited, because if Rickard is right, and I have no reason to doubt that at the moment, we know a lot more now about the true sources of Makt myrkranna . The questions I worked out with regard to the Icelandic version still are in place, of course, they will now have to be answered with regard to the Swedish serializations. And I am very proud to see that my research and my book publication actually have given birth to this new discovery. If I had not translated Makt myrkranna and published Powers of Darkness , Rickard would not have been prompted to take a closer look at Mörkrets makter. In this sense, our ideas about Makt myrkranna will need to be updated and expanded, but I rather see this as a positive challenge."

De Roos announced Berghorn's discovery yesterday in a news bulletin on a forthcoming Dracula conference series , a biannual event he  initiated which will start in Brasov, Romania, in October 2018.

"Rickard told me that he would publish the text of the Swedish serialization already by the end of this month, together with his research essay; he runs a small publishing company focusing on horror and fantasy fiction. For me, it was the choice between sitting still until some newspaper would get hold of the scoop, or, taking the lead myself by helping Rickard launch his findings. In October 2016, I discussed Powers of Darkness at the Fourth World Dracula Congress at Trinity College, Dublin, and with the same group of scholars I am organizing a new series of international Dracula congresses in Brașov, Romania, now. Together with Magdalena Grabias from Lublin, Polen, and Florin Nechita from Brașov, I decided to do an interview with Rickard and publish it in our Children of the Night Conference Bulletin , together with some notes and comments supporting the seriosity and the importance of Rickard’s claim. It contains all I was able to find out in these few days, and we are very happy to publish the very first interview with Rickard on his amazing find."

An English translation of the Swedish text in preparation

Speaking about what will be the next step, de Roos says that he intends to support Berghorn in getting the text from Dagen published by Berghorn's own company, Aleph Bökforlag. "Rickard asked me to write the foreword to it, highlighting the significance of his discovery for our understanding of the Icelandic version. This Swedish edition is expected to appear by the end of this month already. Then an English translation of the Swedish text will be prepared. I have no idea of the time frame for this. In the meantime, I hope to find out more about the parallels and differences between the Swedish and the Icelandic versions. 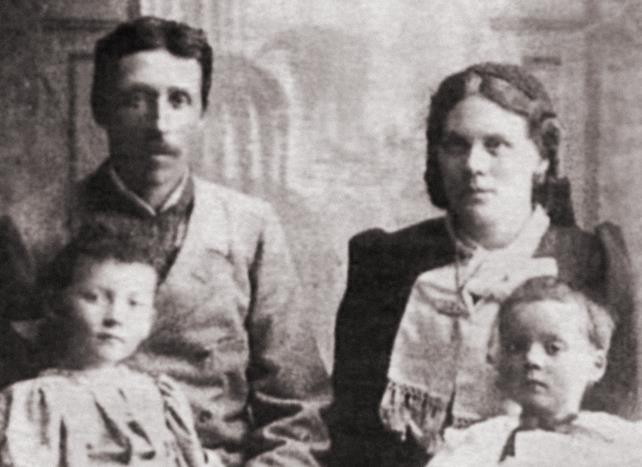 We already know that Valdimar shortened everything that comes after the Transylvanian part. Maybe he also added his own flavour to his rendering. In Makt myrkranna , for example, there are many expressions derived from old Norse sagas. I will try to find out if these were also present in the Swedish version. Just an hour ago, Rickard confirmed to me that various plot elements that reminded me of Stoker’s preparatory notes for Dracula also appear in the Swedish version, for example the deaf and mute housekeeper woman or the location of Carfax in East-London instead of Purfleet. And of course, I would be curious to know who was the Swedish translator/editor who used the pseudonym “A—e.” In our interview, Rickard hinted that he already has an idea about this, so I cannot wait to hear what he has to say about this. We owe him a lot for his alertness and for his willingness to share this discovery with me and now with the general public. I can only recommend to read the interview he gave over the week-end and applaude him for his findings."