The Powers of Darkness: On Dracula's sister version in Iceland 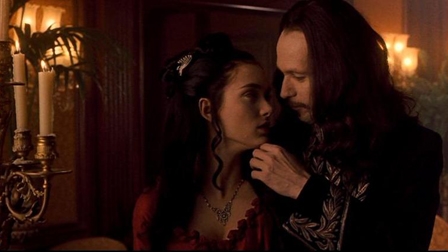 Hans de Roos just published a translation of Makt Myrkranna (Powers of Darkness), a translation of Icelander Valdimar Ásmundsson's translation - or rewriting - of Bram Stoker's Dracula. Iceland Monitor found out more about this gothic mystery that entwines two authors, one a famous Irishman and the other an Icelander.

Powers of Darkness is, according to author, literary researcher and art historian Hans de Roos an incredible literary discovery.  In 1900, Icelandic publisher and writer Valdimar Asmundsson set out to translate Bram Stoker s world-famous 1897 novel Dracula. Called Makt Myrkranna (literally, Powers of Darkness ), this Icelandic edition included an original preface written by Stoker himself. Makt Myrkranna was published in Iceland in 1901 but remained undiscovered outside of the country until 1986, when Dracula scholarship was astonished by the discovery of Stoker s preface to the book.

Powers of Darkness presents the first ever translation into English of Ásmundsson'ss Makt Myrkranna, making it an English translation of the Icelandic translation of Dracula, or what exactly happened here? Iceland Monitor found out more. 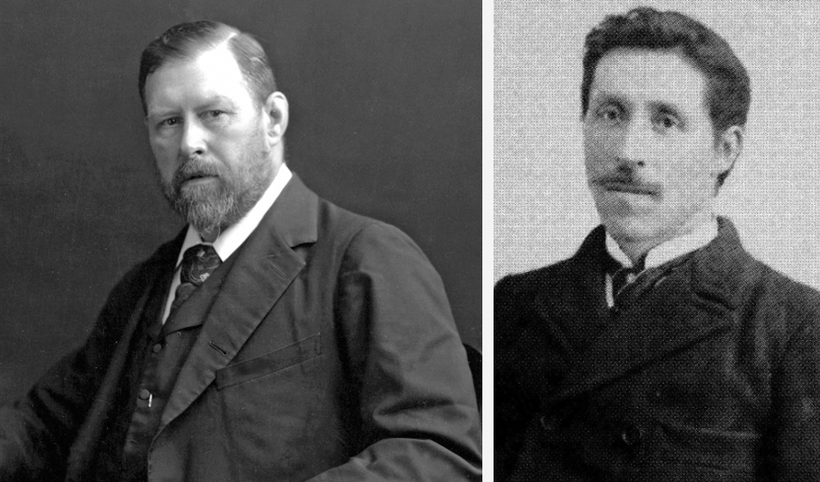 Bram Stoker, on the left, and Icelander Valdimar Ásmundsson, on the right. Photos/Wikipedia

"Your question touches on the core of the whole mystery we are faced with. We have no hard evidence that Bram Stoker and Valdimar Ásmundsson ever met. We even have no proof that they corresponded with each other. There are no letters, no publishing or translation contracts, no diary entries that would provide us with details about their cooperation – except the text of the Icelandic narrative itself. The preface, as you mentioned, seems to have been authored by Stoker alone; if Valdimar would have wished to compose his own version of the story, in order to entertain the subscribers of his newspaper Fjallkonan , he would have had no reason to include a cryptic hint to the Thames Torso Murders.

None of his Icelandic readers would have understood such a reference, as the Icelandic press never reported on these crimes.  The preface also mentions Professor van Helsing as a character based on a real person. This claim had been made only once before, in an interview with Bram Stoker in The British Weekly . It is unlikely that Valdimar would have read this interview. Apart from these clues, the Icelandic novel features some very specific details that also occurred in Bram Stoker’s preparatory notes for Dracula , but never were published in the final edition.

In these notes, for example, we find the idea that the Count had a mute housekeeper woman; exactly such a rare character is included in Makt Myrkranna , but not in Dracula . Taken all together, the chance that all such similarities occurred at the same time by pure coincidence is extremely low. Therefore, it seems plausible that Stoker may have passed an earlier draft of Dracula to Valdimar. But who exactly worked out which part is impossible to tell. Especially the erotic scenes are more likely to have been created by Valdimar, in my opinion. Bram Stoker was very critical of nudity and sexuality in fiction. In later years, he even pleaded for strict censorship. Valdimar, on the other hand, used to poke fun at Victorian prudishness. I even suspect that he used Count Dracula as a speaking tube to voice his own unconventional ideas about love."

Some scholars  believe that Ásmundsson may have based his translation on a play that was derived from Dracula that was somewhat different from the book. What is your view on this?

"We know that Bram Stoker tried to protect his copyrights regarding a possible stage version of Dracula . For this very purpose, a dramatic reading was organized in the Lyceum Theatre, just a few days before Dracula was released as a novel. But this event never attracted any public attention. The success of the stage version only came with the adaptation by Hamilton Deane in 1924. A few years later, this play was revised by John Balderston for Broadway performances.

There are indeed some surprising parallels between these stage versions and Makt Myrkranna, e.g. the shortened ending and the more elegant role of the Count as a public person. But Makt Myrkranna predated these changes by more than two decades. Thus, we should ask ourselves, whether Deane and Balderstone maybe were inspired by Makt Myrkranna, instead of the other way around."

Why do you think Ásmundsson's translation was different and why he added the chapters? Is it possible that Valdimar was just simply doing much more than translating and that he added his own touch to the story?

"Valdimar may have created the division in two parts. But it remains unclear why Part 2 is so much shorter than Part 1 and why it reads more like a draft or summary rather than like a finished story. In Part 2, we also find an all-knowing narrator instead of a pastiche of diary entries. Splitting Part 2 in smaller chapters is a logical consequence. But we do not know who was responsible for this change of style. Possibly, Valdimar worked from an earlier manuscript provided by Stoker, with an unfinished ending.

But it is also possible that he simply decided to cut the story short because it was taking too much space in his newspaper. I certainly believe that Valdimar added elements of his own, like figures of speech derived from old Norse sagas. But the ideas copied from Stoker’s early notes show that the original author must have provided the basis. Intuitively, I would say that Stoker must have granted Valdimar some sort of license to work out an earlier draft of Dracula for an Icelandic audience, but left him quite a lot of freedom to add his own flavour and ideas to the story."


There are some distinct influences of Edgar Allen Poe's The Masque of the Red Death seen in Makt Myrkranna. Have you looked into those similiarities?

"I am familiar with Poe’s work; as a photographer, I created a photo series based on his short stories. I never studied the links with Dracula and Makt Myrkranna, though. But it is well-known that Stoker copied some of Poe’s ideas. Stoker’s narrative The Secret of the Growing Gold , for example, seems to have been inspired by The Tell-Tale Heart . The destruction of Castle Dracula as described in the original typescript for Dracula clearly mirrors the end of The House of Usher ; maybe that is the reason Stoker did not use it after all.

Still, the whole atmosphere of the Transylvanian part of Dracula is just as claustrophobic as in The House of Usher or The Masque. The victims are locked in a horror castle. In Makt Myrkranna , we even see the Count wear a blood-red cloak during a series of sacrificial executions, just like Poe’s Red Death is clad in a “vesture […] dabbled in blood.” In Dracula , the Count only wears black. But again, we do not know for sure who added this colourful detail."


Do you think the editing of Dracula was influenced by the delicate political situation between England and Ireland at the time?

"Bram Stoker was a supporter of Home Rule that would make Ireland more independent from England. There is a whole body of Dracula scholarship that tries to read Dracula as an account of colonialism, or of reverse colonialism, as the invader now is an enemy from the primitive East, threatening the western order. But although I studied Political Sciences, this never was my favourite approach to the novel. There are other riddles I found more fascinating, such as the lifetime identity of Stoker’s Count, or the location of his castle.

I worked quite a few years to understand how fact and fiction were mingled in Stoker’s work and how he covered up his traces. He wanted his supernatural stories to come across as factual, but adding too many authentic background details also triggered the risk that readers could get their fingers behind the story and demonstrate that it never could have happened as described. In the preface to the Icelandic edition, we see Stoker struggling with this dilemma and that is why I was writing an article about it in 2013. I never suspected that this would lead me to translating the whole Icelandic text – I had to learn Icelandic first! But I think that the result has been worth it. The Icelandic Nobel Prize Winner for Literature, Halldór Laxness, greatly appreciated Makt Myrkranna . I hope that readers outside of Iceland will now enjoy the quality of this exceptional story as well."

Later this week Iceland Monitor will be continuing its investigation of the Icelandic Dracula by speaking to Icelandic scholars on the subject. 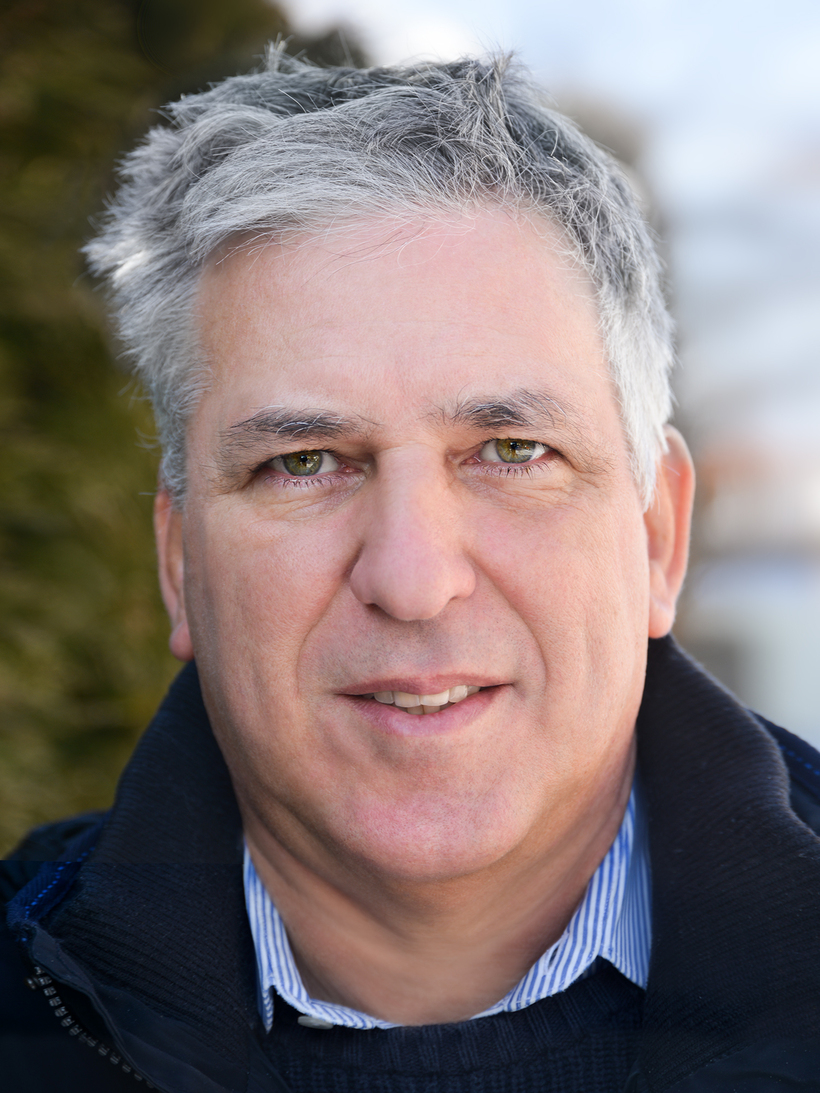 Author Hans de Roos believes its plausible that Stoker may have passed an earlier draft of Dracula to Icelandic author Valdimar Ásmundsson.