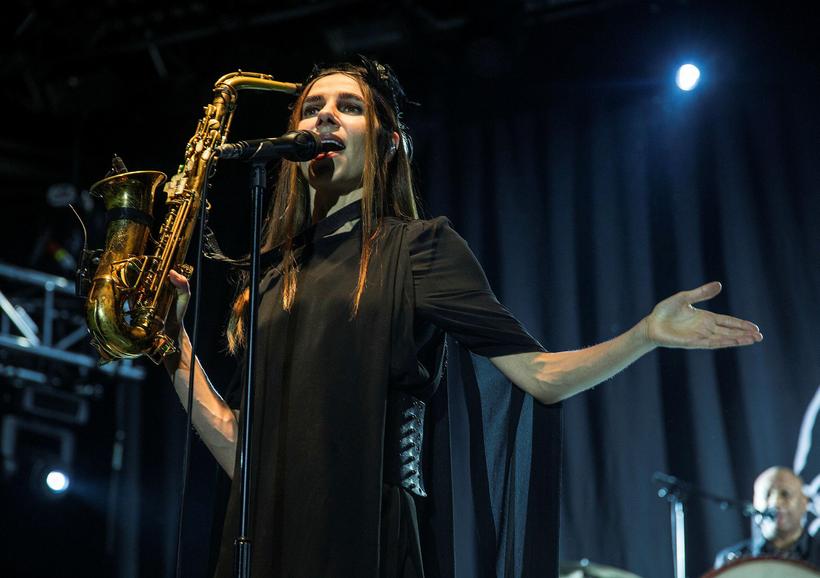 PJ Harvey dressed in black and wearing feathers on her head brandishing a saxofone at the Vodafone hall in Reykjavik last night. Iceland Monitor/ Freyja Gylfa

Iceland Airwaves came to a close last night with a performance by UK star of protest rock, Polly Jean Harvey, PJ Harvey, at the Vodafone sports arena in Reykjavik.

Accompanied by an all-male band on backing vocals, including former Bad Seed Mick Harvey, she cut a dramatic, raven-like figure on stage, brandishing a saxophone.

Harvey performed several songs from her new album, The Hope Six Demolition project, as well as various older tracks including The River and Bring You My Love. 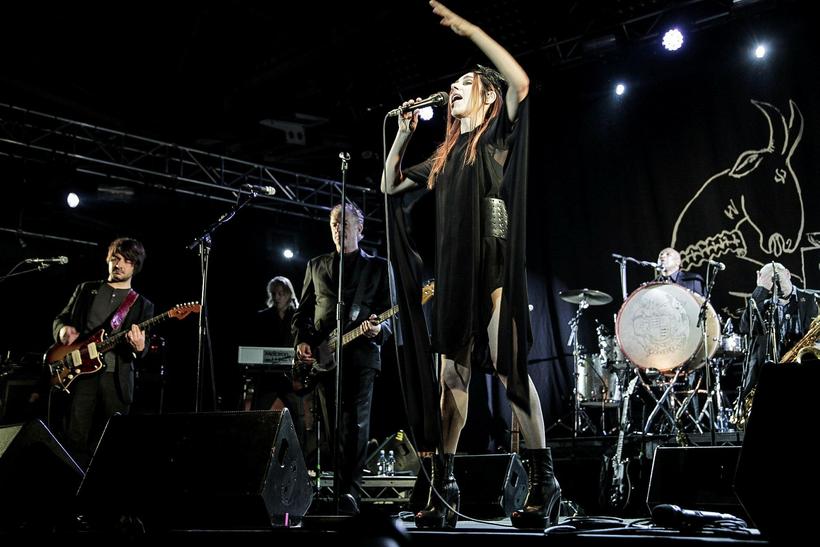 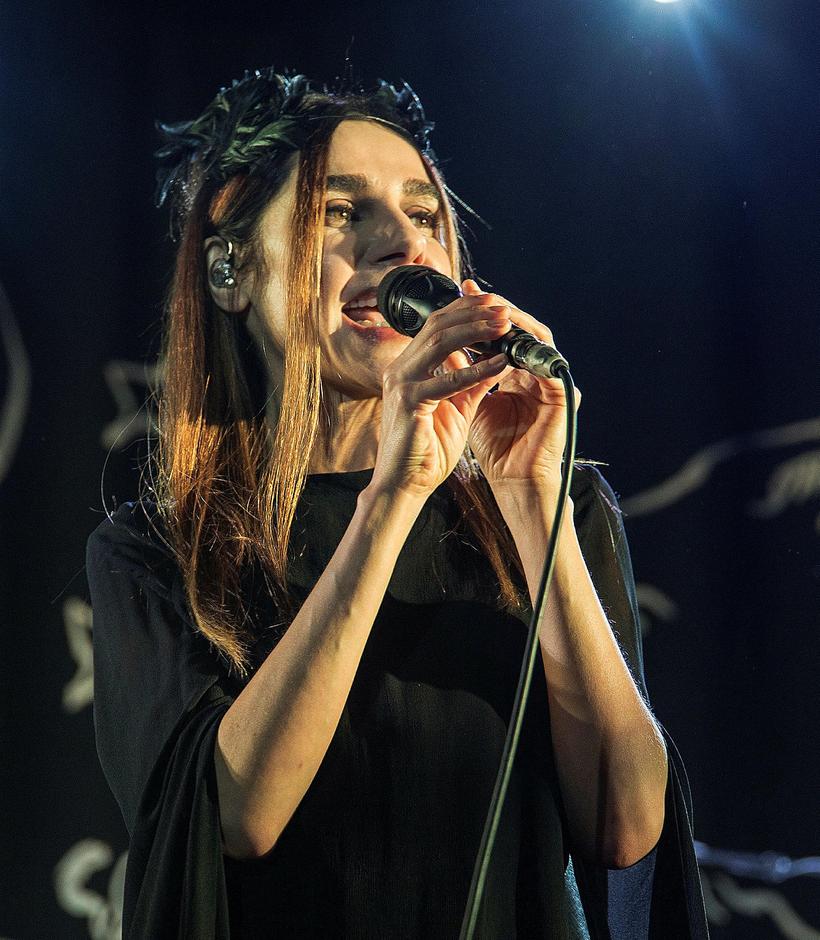 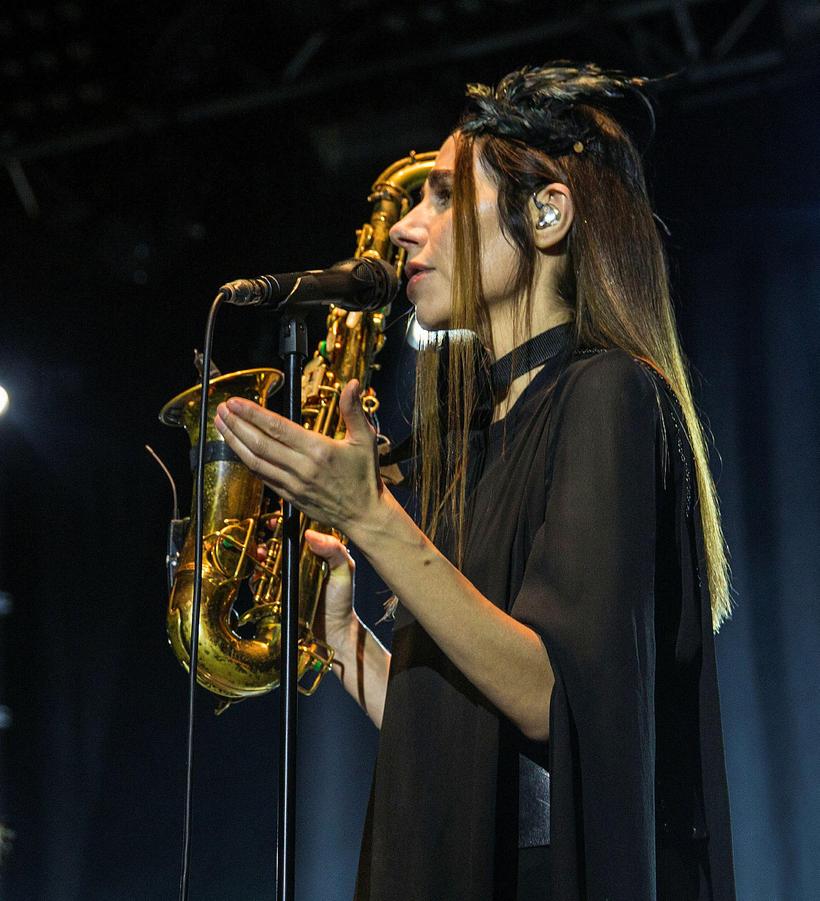