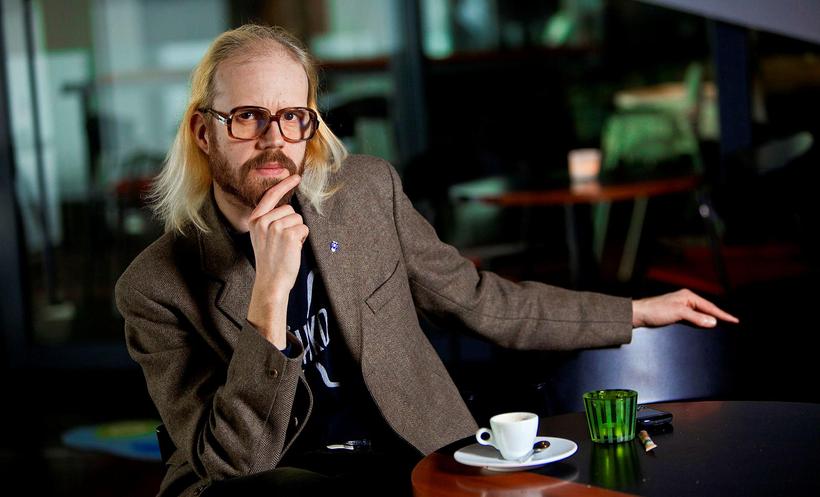 Leader of the Bright Future political party in Iceland, Óttarr Proppé, is also a respected musician in Iceland and is a member of legendary metal band HAM as well as punk rock band Dr.Spock, who are performing at Iceland Airwaves tonight. (He's the one in the bright neon pink leggings and platforms).

Bright Future received 7.2% of votes in last weekends elections. The party is a relative newcomer on the Icelandic political scene, standing for social liberalism, green liberalism and pro-Europeanism. Bright Future have four MP's in the current parliament and could have a part in the future Parliament.

Óttarr Proppé also is quite noted for his unconventional dress sense, at least for an MP, with his bleached long hair, yellow suits and penchant for platform boots.

See Dr.Spock at Húrra tonight at Iceland Airwaves at 00:20. For the full schedule click HERE.