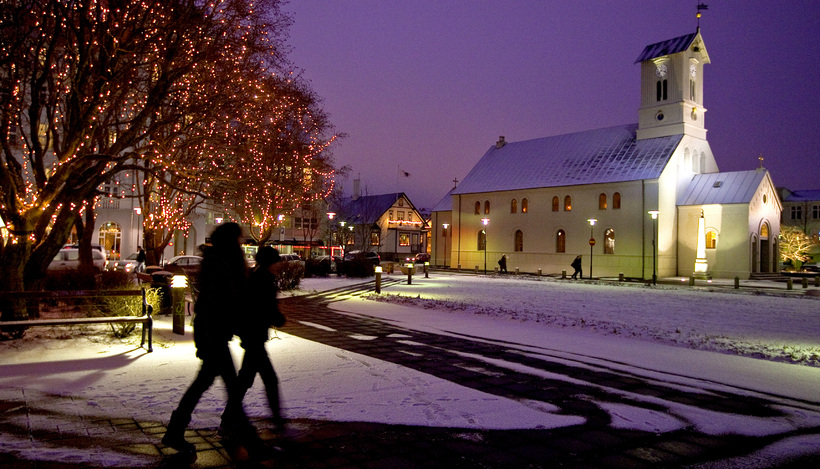 The Reykjavik Cathedral in winter snow. On the left you can see Austurvöllur Parliament square. mbl.id/Ómar Óskarsson

Dómkirkjan, the Reykjavik Cathedral celebrates its 220th anniversary on Sunday October 30th and on this occasion there will be a special celebratory mass both this Sunday and on November 6th.

The cathedral is actually a tiny church in the city centre of Reykjavik and has an interesting history. Bishop Karl Sigurbjörnsson says that its the first official building purposely built in Reykjavik apart from the city jail. "The church has exactly the same role as it did 220 years ago, and it guards the memory of the generations in our country."

The Cathedral of Reykjavik was consecrated in 1796 and was the first building to be built specifically with the fact in mind that Reykjavík was to become the capital of the country.

The altarpiece was painted in 1847 by G. T. Wegener of the Royal Danish Academy of Art and has many replicas in other Icelandic churches. The altar antependium was decorated in 1956 with a vine of gilded silver and Icelandic agate by the silversmith, Halldór Kristinsson. The baptismal font is fashioned by the sculptor Albert Thorvaldsen, a Dane of Icelandic parentage, who worked mostly in Rome. The processional cross was donated to the Cathedral during its recent bicentenary, designed by Leifur Breidfjord, a prominent Icelandic glass artist. The organ boasts three manuals and thirty-one independent voices and was made in 1985 by Karl Schuke in Berlin.

The National Museum and the National Archives were initially located in the attic hall of the cathedral, which was also the cradle of the Icelandic Literary Society, the oldest society in Iceland. This was an important base of operations for Jón Sigurðsson, parliamentarian and hero of independence, whose statue is located in the square outside. 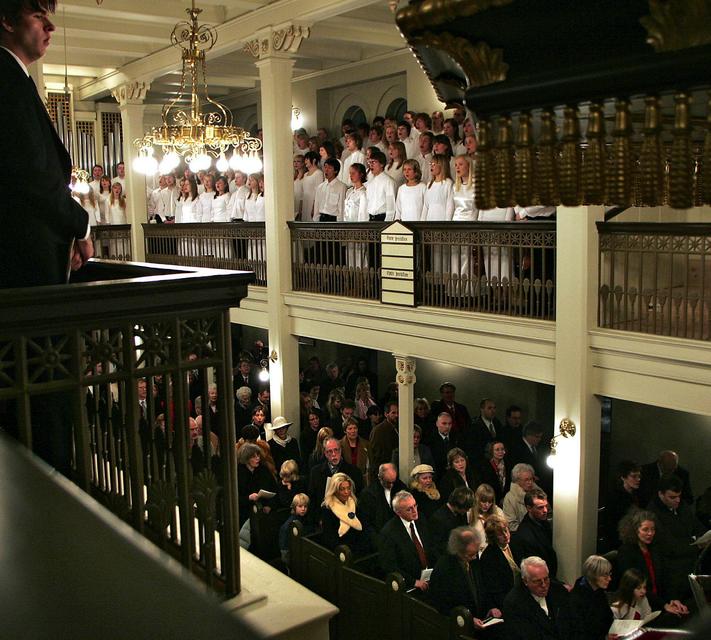 Midnight mass in the cathedral on Christmas Eve. mbl.is/Golli 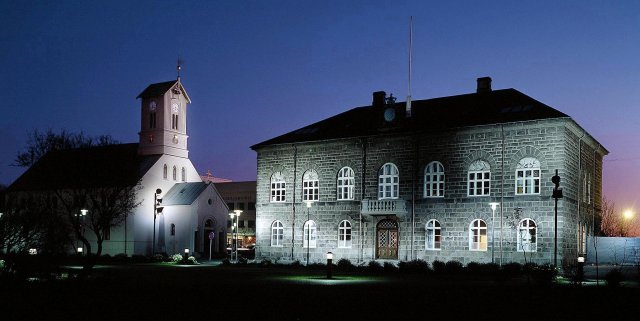 The Reykjavik Cathedral on the left with Alþingi, the Parliament of Iceland on the right. Mbl.is/ Brynjar Gauti