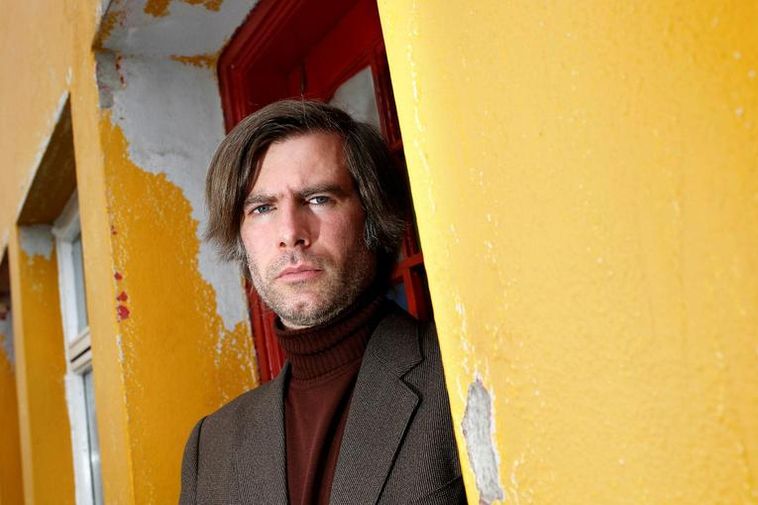 Artist and musician Sigtryggur Berg Sigmarsson will be performing along with US artist Sick Llama tonight. Eggert Jóhannesson

Sick Llama is Heath Moerland (also Barf Thoth). Born in 1977 and based in the experimental hub Detroit, Heath uses tapes, organ, synth, clarinet, and whatever else is laying around to balance a fine line between composition and improvisation. Musique concrete, process theory, modal jazz, drone, punk aesthetics and free approach to music. The first recordings were released in 2003 sparking off hundreds of releases and hundreds of performances throughout Europe, USA, Mexico and Canada. Sick Llama also runs the music/art label Fag Tapes which has issued over 400 releases.

Sigtryggur Berg Sigmarsson (b. 1977) is an Icelandic musician and sound artist, founding member of Stilluppsteypa. Sigmarrson was born in Akureyri, Iceland and studied sound art at the Fachhochschule in Hannover, Germany from 1998 to 2003.

Apart from being a member of Stilluppsteypa, he released a number of solo albums in early 2000s on such labels as Trente Oiseaux, ERS, Helen Scarsdale Agency, Fire Inc. and Bottrop-Boy. He is also a member of 'laptop orchestra' Evil Madness.

After a long break in solo career, Sigtryggur started releasing solo records again in 2013, and already published over a dozen of albums on CDr, cassettes and LP, mostly for a reanimated Some (2) label (used to be a sub-label on defunct Fire Inc., now operating separately). Among new albums there are also collaborations with BJNilsen, Franz Graf, Tom Smith (2) from USA and Malneirophrenia trio in Iceland.

See the event on Facebook HERE and Admission is ISK 2000.