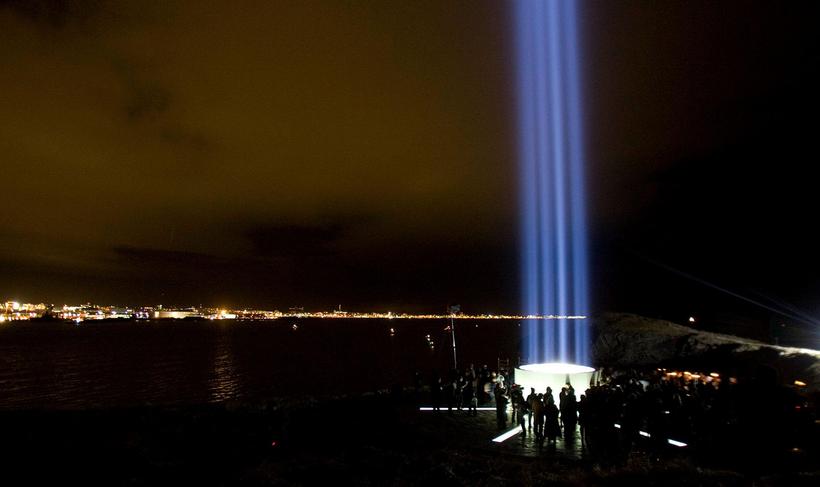 Iceland’s Imagine Peace Tower will be illuminated at 8 pm on Sunday October 9th on the 75th anniversary of the birth of Beatles star, John Lennon. The art piece is a symbol for John and Yoko’s fight for peace.

The ‘tower of light’ is a work by Lennon’s widow, Yoko Ono, located on the island of Viðey, off the coast of Reykjavik. It is lit each year from Lennon’s birthday,October 9th, to the date of his death, December 8th.

The ceremony of illumination starts 8 pm but a programme of events starts at 5.15 pm and lasts until 9.30 pm.

Yoko Ono invites everyone to sail free of charge to Viðey Island for the ceremony of the Illumination of IMAGINE PEACE TOWER with the Viðey Island Ferry. 4:45 – 7:10 pm.

The programme includes a family laboratory hosted at Viðeyarstofa, the building on the island, guided tours of the island and music performances including Snorri Helgason. People are encouraged to dress warmly.

Yoko Ono invites all guest of the lighting of IMAGINE PEACE TOWER to write their wishes on a piece of paper and hang it on one of the four wish trees, which will be located at Viðeyjarstofa and Viðeyjarnaust at Viðey Island and at the Reykjavík Art Museum, Hafnarhús. 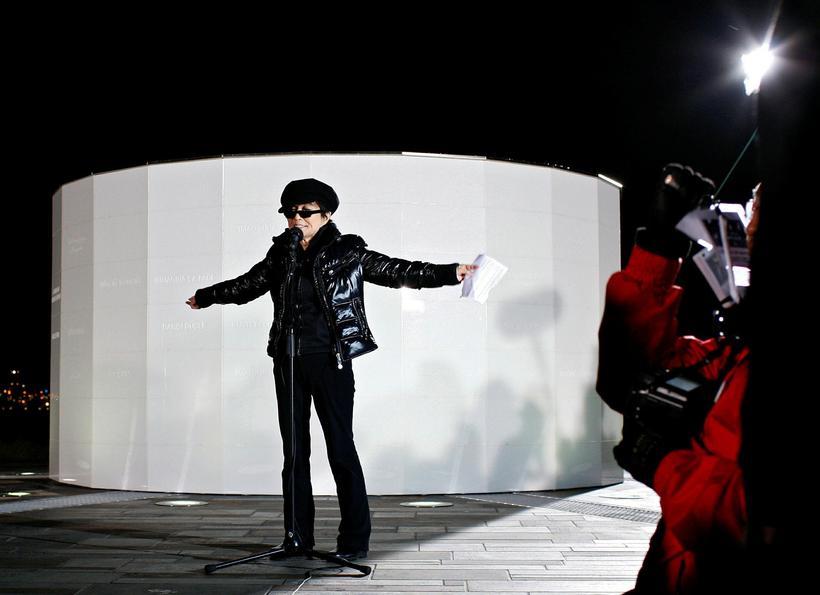