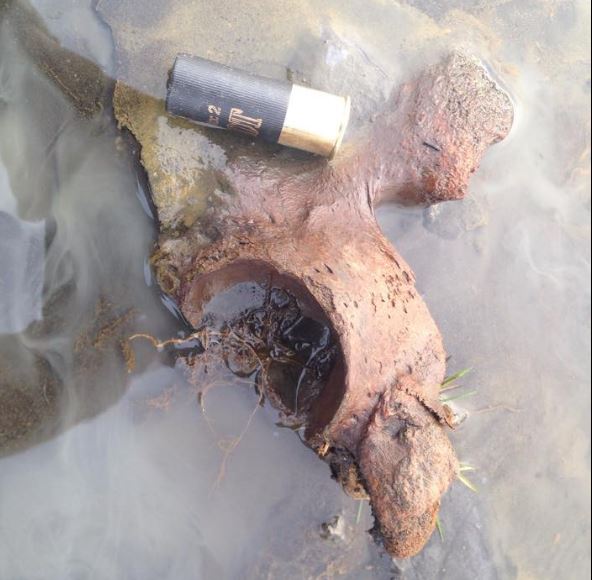 .One of the bones found by the hunters. Photo/ Facebook

Goose hunters found human bones yesterday in the farmland of Ytri Ásar in Skaftártunga. The bones were found only 20-30 metres from the spot where the ninth century Viking sword was discovered last month.

One of the hunters, Sævar Guðjónsson says that they found a femur, a rib, and a hip bone. They also found part of a belt buckle. The Iceland Heritage Centre are doing research on the bones but everything points to the fact that they are from a Viking grave. 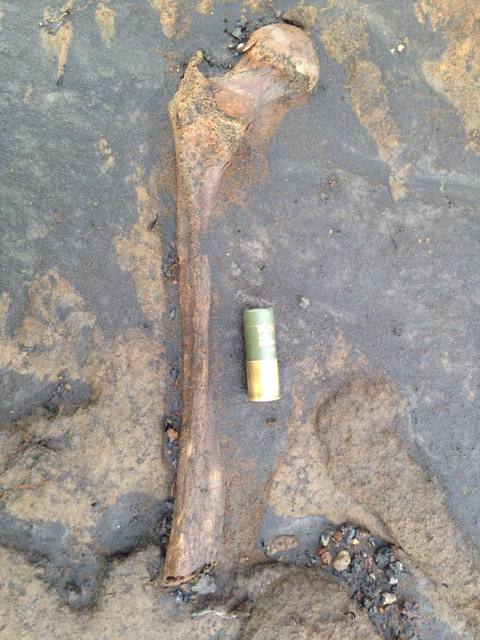 He says that the group of hunters had joked about finding the owner of the Viking Sword and then they actually did.