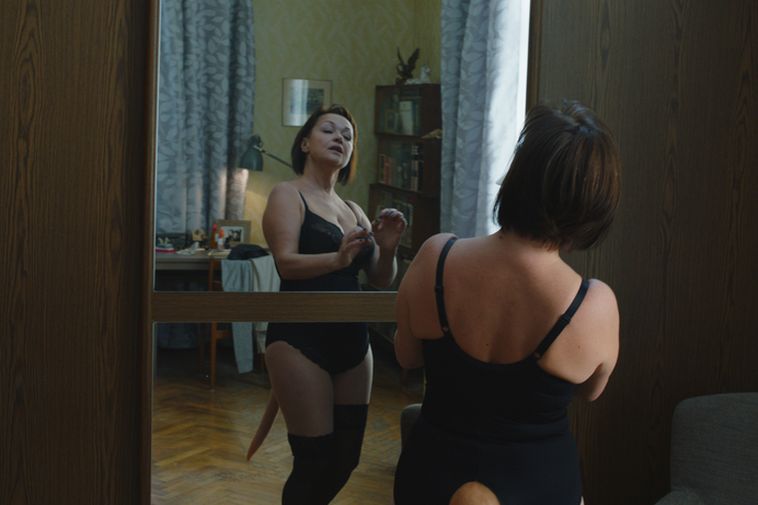 Zoology by Ivan I. Tverdovsky is one of the films competing for the Golden Puffin.

The Cannes prize winner he Aquatic Effect by the late Sólveig Anspach will be the 13th Reykjavík International Film Festival’s opening film on Thursday September 29th. Among other films at the festival this year are the critically acclaimed The War Show by Andreas Dalsgaard and Obaidah Zytoon, Mister Universo by Tizza Covi and Rainer Frimmel, nominated at Locarno earlier this year and the 2016 Golden Berlin Bear awarded Fuocoammare (Fire at sea) by Gianfranco Rosi, which will be the festival’s closing film.

Eleven directors present their first or second feature film in the category New Visions , and compete for the festival’s main award, the Golden Puffin.  Many of the screened titles in this category come fresh from the film festivals in Toronto, Venice and San Sebastian: Godless by Ralitza Petrova, The Golden Leopard winner at Locarno Film Festival 2016, and Zoology by Ivan I. Tverdovsky, awarded at Karlovy Vary, Quit Staring at my Plate by Hana Jusic, Still Life by Maud Alpi, The Giant by Johannes Nyholm, Wùlu by Daouda Coulibaly, Personal Affairs by Maha Haj, which was selected for Un Certain Regard at Cannes earlier this year, Oscuro Animal by Felipe Guerrero, Worldly Girl by Marco Danieli, Park by Sofia Exarchou and All the Beauty by Aasne Vaa Greibrokk. The festival’s main jury consists of award-winning film director Grímur Hákonarson , best selling author Yrsa Sigurðardóttir and Jonas Lindberg , artistic director of Göteborg Film Festival.

Nine brand new feature films will be presented in the category Icelandic Panorama , both documentaries and fiction films, including Aitor Aspe’s Slaying of the Basques fresh from San Sebastian, and the world-premiered Iceland crime – Mystery of Westfjord by Till Endemann, with Franka Potente in the leading role. Also worthy of mention is the new Icelandic documentary, InnSæi - the Sea within , which will compete in the category A Different Tomorrow with other films that shed light on environmental and humanitarian topics.

RIFF is proud to welcome some esteemed honorary guests this year, Darren Aronofsky, Deepa Mehta and Chloë Sevigny . A selection of their works will be screened at the festival; mr. Aronofsky’s Black Swan , Requiem for a Dream and The Wrestler , ms. Mehta’s Beeba Boys , Midnight’s Children and her most recent film, Anatomy of Violence , premiered at Toronto International Film Festival earlier in September this year. Ms. Sevigny’s directorial debut, short film Kitty , will be screened with foreign shorts and for the first time, RIFF will select the best foreign short for a prize. Aronofsky and Mehta will give masterclasses at the festival. Alejandro Jodorowsky is RIFF’s honorary director this year; his son Brontis Jodorowsky will participate in the festival and have a masterclass. Jodorowsky’s latest films, T he Dance of Reality and Endless Poetry , will be screened.