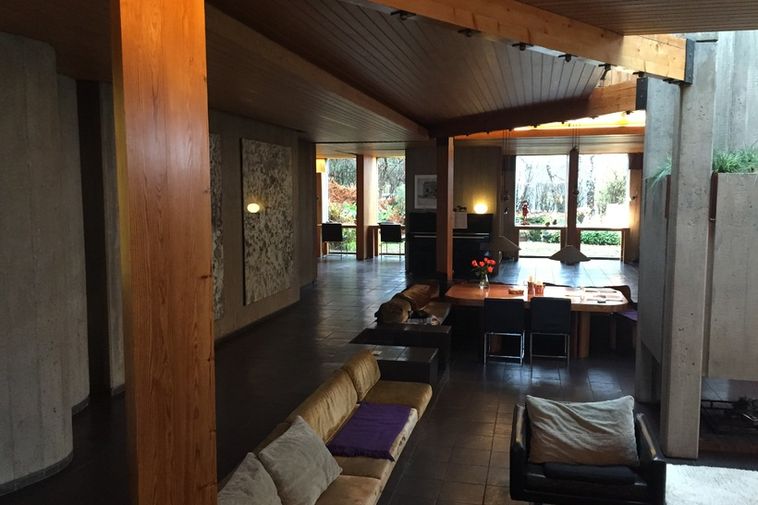 Icelandic director Baltasar Kormákur chose a home designed by famous Icelandic architect Högna Sigurðardóttir to be the setting for his new thriller, Eiðurinn.

The film tells the story of a wealthy doctor, played by Baltasar Kormákur, whose life takes a turn when his daughter, played by Hera Hilmarsdóttir,  begins a relationship with a drug dealer.

The house, located in Bakkaflöt in Garðabær is the setting for much of the storyline.