Fireworks and a multitude of events on Saturday's Culture Night 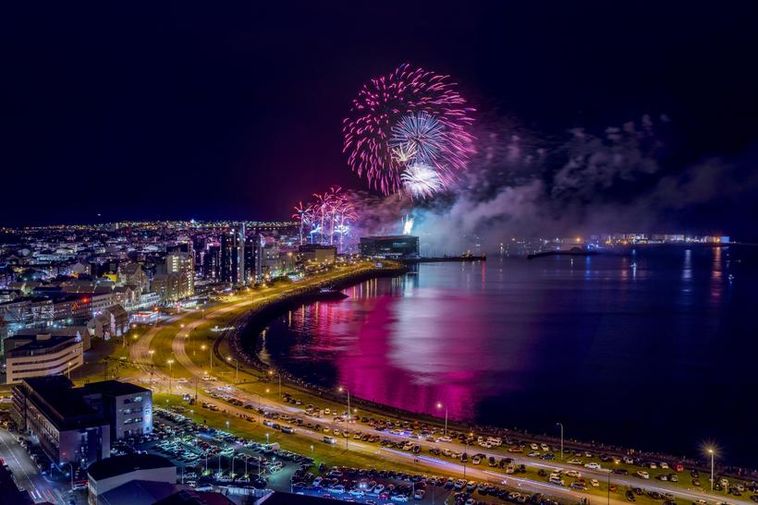 Reykjavík’s 21st annual Culture Night will be held this Saturday. Crowds of people are expected to flock to the city centre to attend all kinds of events, culminating in a spectacular firework display at the harbour.

Readers are warned, however, that many central streets are closed on Culture Night so you can only get by on foot.

The day starts off with the Reykjavik Marathon hosted by Íslandsbanki which starts and finishes in Lækjargata in the city centre.

Events and performances, large and small, will fill the streets and squares of the town centre, alleys, gardens, galleries, shops, cultural institutes and private homes. This year Culture Night will focus especially on the Grandi district by the harbour in Reykjavík, while also highlighting the historic Grjótaþorp district at the heart of the city, where an exhibition will mark Reykjavík’s 230th anniversary.

The town of Ísafjörður in the West Fjords, which celebrates its 150th anniversary this year, is Reykjavík’s special guest on Culture Night. Reykjavík City Hall will host a programme of events from Ísafjörður and the finale of the Tónaflóð concert held by Rás 2 radio on Culture Night will be dedicated to Ísafjörður.  There is also a great concert and a garden party at Hljómskála Garden in the center of Reykjavík held by Bylgjan radio and Channel 2. The Garden party starts at 17:00 with a BBQ and great music playing for almost 5 hours on 2 parallel stages with a giant LED screen displaying the whole show. Culture Night comes to an end with the City of Reykjavík’s magnificent firework display.

The theme of this year’s Culture Night is Gakktu í bæinn/Welcome In – evoking the good old Icelandic custom of welcoming visitors in and treating them well. Culture Night is a participatory festival, based on the contributions of innumerable bodies and individuals  on Reykjavík’s cultural scene, who seize this opportunity to take part in the diverse life of the city. The objective of Culture Night is to highlight the huge variety of cultural activities in the city and to encourage Reykjavík people to take part. All events are free of charge.

Reykjavík Culture Night was first held in 1996, since then it has grown to become Iceland’s biggest festival, with over 100,000 visitors and hundreds of events. Accessibility and safety are given a high priority; nearly 40 different bodies are involved in organisation and consultation to plan necessary street closures, assistance during the festival, police presence, access for ambulances, transport and so on.

On Culture Night from 7:30 to 1:00 free shuttle buses will run from large car parks at Kirkjusandur, via Borgartún to Hallgrímskirkja and Gamla Hringbraut opposite the BSÍ bus station. All Reykjavík buses will also be free. Buses will run on their normal schedule until 22:30, after that time a special timetable will operate until 1:00, with the aim of getting people home as quickly and efficiently as possible. The Culture Night programme comes to an end after the firework display  at about 23:10.

The full programme can also be accessed on Morgunblaðið HERE.