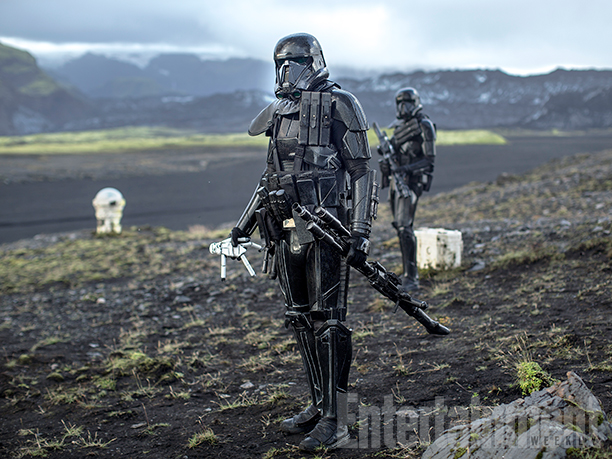 Deathtroopers on another planet - or is it Iceland? Screenshot/ Entertainment Weekly

New images released exclusively by Entertainment Weekly from the new Star Wars movie, Rogue One: A Star Wars Story," show Stormtroopers in a familiar landscape. The film was, of course, partly filmed in Iceland.

"A new, deadlier breed of commando Stormtrooper is storming the beach." Deathtroopers are tasked with hunting down and destroying the fragmented Rebel uprising, writes the EW.

Was Star Wars filmed at Mývatn?