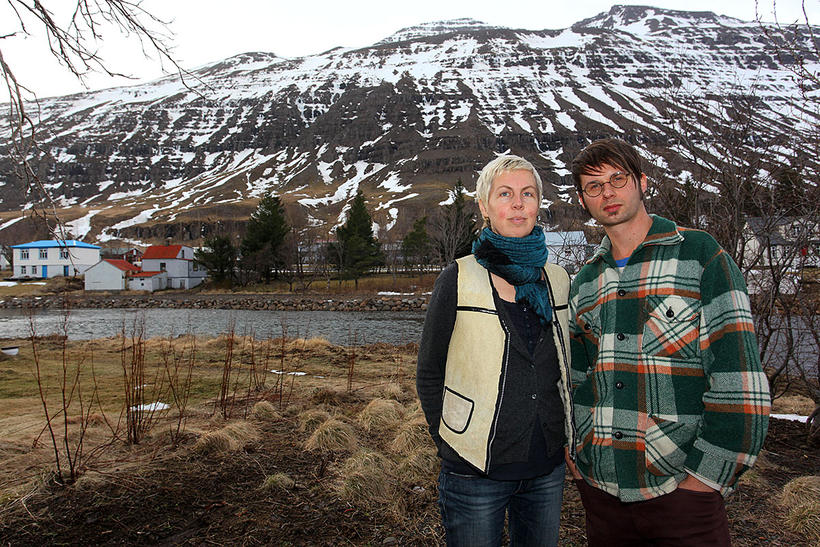 Konrad Koarbiewski and Anna Friz live in Seyðisfjörður and used the sounds of a snowstorm to make an experimental musical work. Screenshot/ Austur Frétt

Artists Konrad Koarbiewski and Anna Friz, who live in Seyðisfjörður, East Iceland, have created an audiovisual landscape in a work called Fjarðarheiði, which premiered at the  44th Festival Nouveau Cinéma in Montreal, Canada last autumn.

Fjarðarheiði is taken from the name of the 25 km mountain pass which connects the village of Seyðisfjörður to the nearest town of Egilsstaðir in East Iceland. On this sometimes treacherous road, the visual and acoustic environments are transformed by dense fog and snow storms, effecting a perceptual flux between white-out and black-out which leaves only an aftergrain. If afterglow refers to the light or luminescence left in the sky after sundown, after-grain is the sonic and visual noise that remains when most other frequencies are subtracted.

Koarbiewski is one of the founders of the Skálar centre for experimental sound art and music in Seyðisfjörður and he has been selected to be one of Iceland's representatives at the Nordic Music Days at Harpa Concert Hall this autumn, premiering a new work called Ascensión.

Listen to the piece here below on Vimeo.