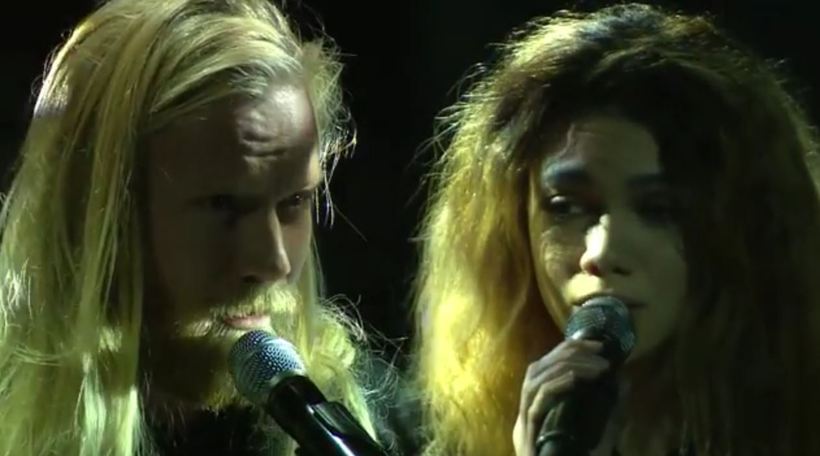 Högni Egilsson and Glowie perform a brand new version of Eurovision song All out of luck. Screenshot/Youtube

The second half of  the semi final to choose Iceland’s entry for the 2016 Eurovision Song Contest took place on Rúv national television last night. The song, however, which proved to be the biggest hit on the show wasn't a part of the contest.

Högni Egilsson, famous for his solo work and performances with Hjaltalín and Gus Gus, took to the stage in the voting break accompanied by newcomer Glowie.

His cover version of Selma's All out of luck, which ended up in second place in the Eurovision song contest in 1999, has caused quite an internet sensation in Iceland today.

Watch the performance here below.