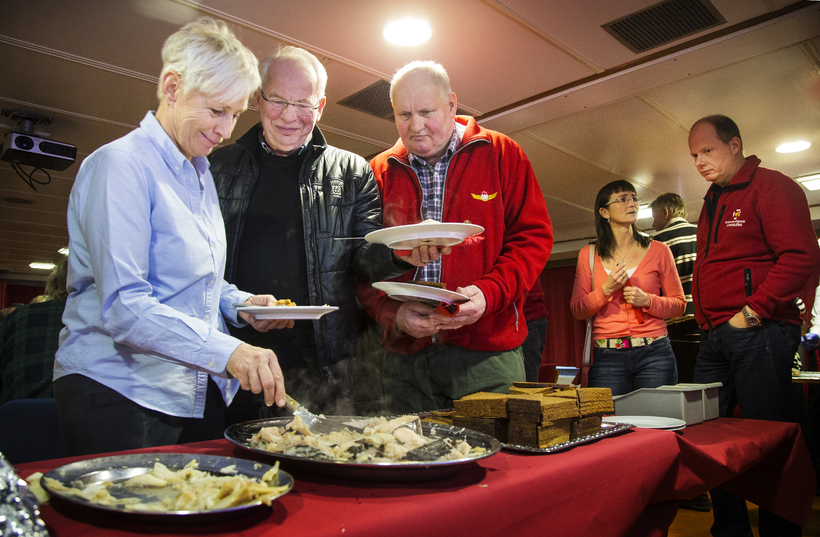 Almost two-thirds of Icelanders have no intention of eating rotten skate this Christmas, according to a new MMR opinion poll.

Once an unmissable part of festive celebrations, the popularity of the pungent traditional dish seems very much to be waning, with just 35.8% of respondents saying they will be tucking into the ‘delicacy’ this year.

Skate fish are allowed to rot and ferment, generating a strong smell of ammonia which permeates house, hair and clothes. The dish is known as kæst skata in Icelandic and is traditionally eaten with potatoes on 23 December. It is very much an acquired taste.

The proportion of Icelanders planning to eat rotten skate tomorrow is down six percentage points from just two years ago (42.1%). The younger generation seem particularly turned off, with some 80% refusing to touch the ‘flavoursome’ dish.