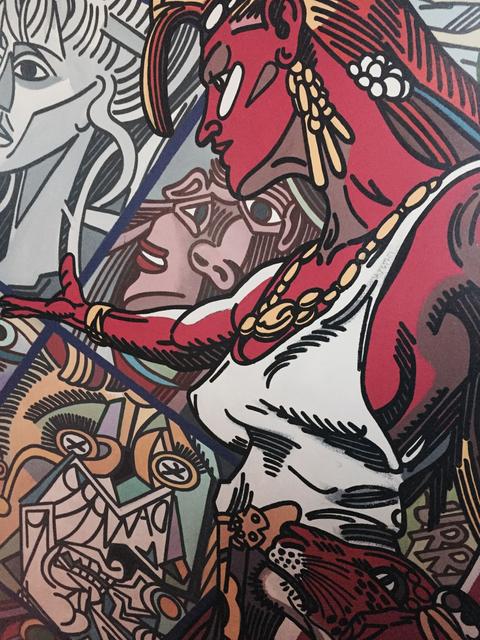 The Reykjavík Art Museum invites Breiðholt residents and other citizens of Reykjavík to the unveiling of the mural Queen of the Jungle by Erró at the Sport Center in Austurberg in Breiðholt on Friday 4 Sept. at 3:15. p.m. Photo: Reykjavik Art Museum

“Works of art in public spaces can have a highly beneficial effect upon the environment – beautifying it, sparking debate, and nurturing public interest in visual art.” This was the declaration of the city council a couple of years ago to commission large murals in the Reykjavik suburb of upper Breiðholt, and now a mural by  one of Iceland's most famous artists, Erró, will be revealed on Friday, September 4th.
The mural, called Queen of the Jungle is located at the Sport Center in Austurberg and it will be unveiled by the Mayor of Reykjavík, Dagur B. Eggertsson. Over the last two years, five murals by artists Theresa Himmer, Sara Riel and Ragnar Kjartansson grace large walls in Breiðholt.
Facebook
Twitter
Email
Reddit