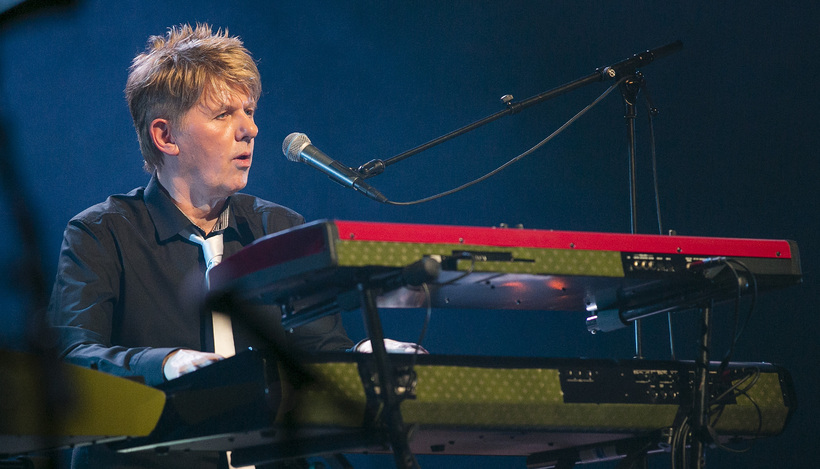 Special equipment to prevent rain falling on Reykjavik Culture Night festivities on Friday night at Hljómskálagarður park and on Saturday night was ordered in by the City of Reykjavik. This was confirmed to mbl.is last night by city centre project manager Jakob Frímann Magnússon.

Magnússon, who is also one of Iceland's best known musicians and member of legendary band, Stuðmenn is also the chairman of ISAC - The Icelandic Society of Authors & Composers.

ISAC ( or FTT in Icelandic) hosted their annual garden party in the park on Friday night, an event featuring a number of concerts with free admission to the public. On Culture Night, Stuðmenn performed at the radio Rás2 concert in the city centre which also featured performances from Amabadama and Gísli Pálmi.

According to Magnússon, two British specialists were flown in to minimize rainfall on both nights. "They are specilalists who have been to Reykjavik on a number of occasions, for the Secret Solstice festival and other concerts." He adds that the UK weather specialists use an old technique based on electromagnetic transmissions based upon the original design of the great scientist, Nikolai Tesla. "The method has existed for years. It's a development project which could also prevent airports closing due to fog in the future. It's a simple and environmentally friendly technique with no long-term effects. It's only aim is to maximise good weather and minimise bad weather in small areas of important outdoor events. It works for approximately a radius of one or two kilometres."

He adds that although some people might find this strange or like something out of a sci-fi novel, the science behind the technique is very simple. "It's worked perfectly here in Iceland," he says.