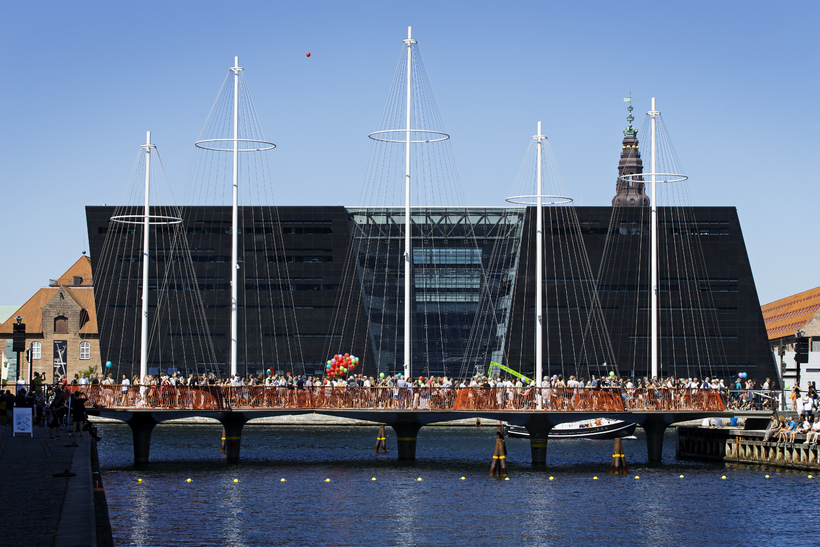 The 40-metre long bridge linking the Copenhagen neighbourhoods of Knippelsbro and Langebro is composed of a series of linked circular platforms, each sporting a 25-metre high mast.

In an interview with the Wall Street Journal, Elíasson explains how the inspiration for his design came from the port of Hafnarfjörður, Greater Reykjavik.

Ships would be so close together that their decks would form a bridge over to port and sailors could move from one to the next, stopping for a while to chat to their colleagues along the way.

The philosophy behind the Cirkelbroen platforms is similar – the bridge is an invitation to Copenhagen pedestrians to take a moment out of their journey and stop for a natter.

The bridge was funded from the Nordea-fonden, a fund aimed at supporting “non-profit and charitable purposes […] and activities that promote good living”. 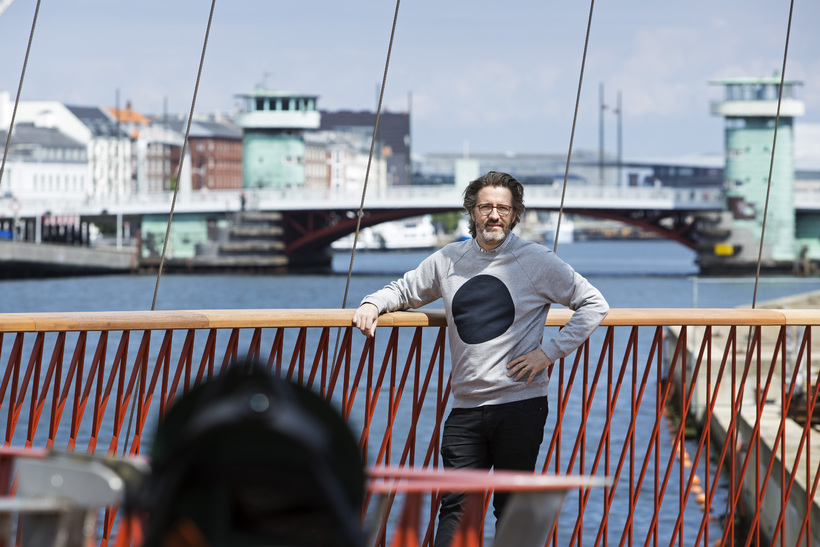 The designer on one of the bridge's circular platforms. Photo: Søren Svendsen 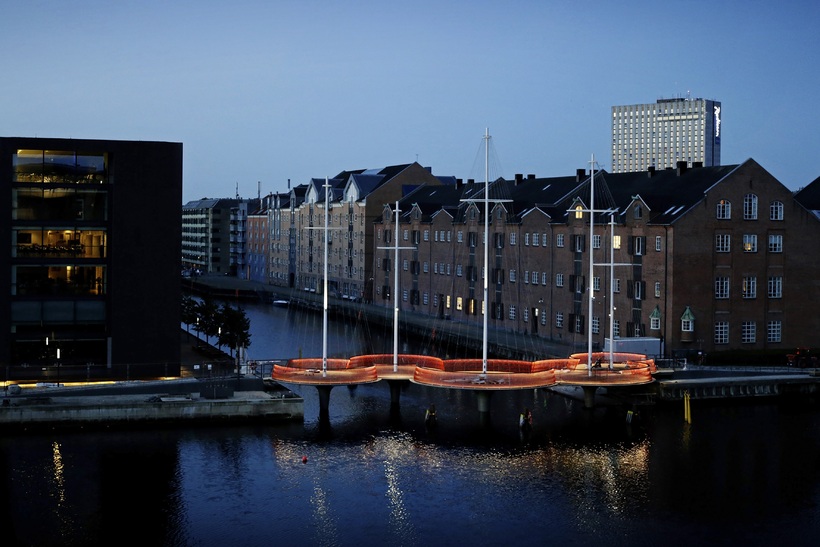