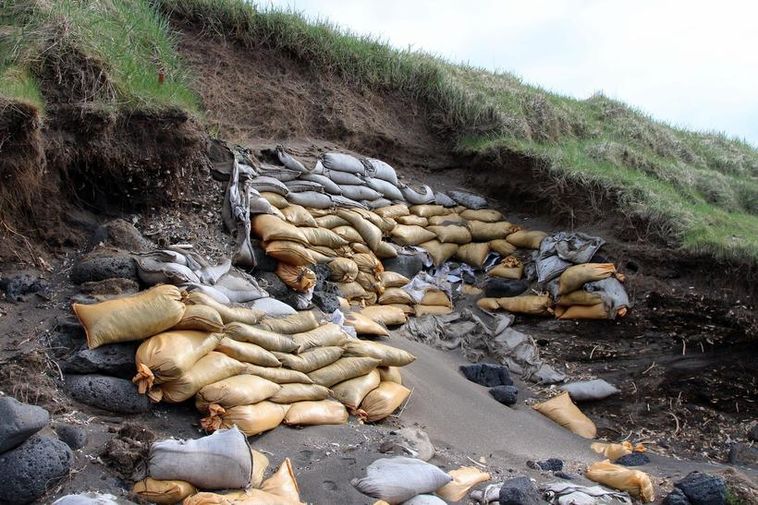 "This year is the worst yet," explains conservator Eyþór Eðvarðsson in a new video showing the bad state of an archeological site at Gufuskáli in Snæfellsnes in west Iceland. The site contains ancient fishing huts which were used from the age of settlement until the middle ages.

On this site, people would have rown out to sea to go fishing and the fish was then moved to the huts to be filleted. Sea erosion has caused these artefacts to start to disappear into the ocean.

Archeologist Lilja Pálsdóttir who has been researching the site says that this past winter was extremely damaging to a a site of great value. "Our research began in 2008 and these fishing huts were discovered, as well as an area used for working the fish and signs of massive production of dried fish," she says in the video featured below. Bones from fish and other animals, ceramic jars, knives and other artefacts have been discovered on the site. Both Pálsdóttir and Eðvarsson ciriticise the lack of funding towards arcfeological excavation in Iceland which is a mere 30 million ISK per year.

"I'm really sad to see this happen. The artefacts are really intact," says Pálsdóttir, and points out that there are plenty more sites around Iceland such as this one which haven't been discovered yet.

The video, in Icelandic, can be seen below.