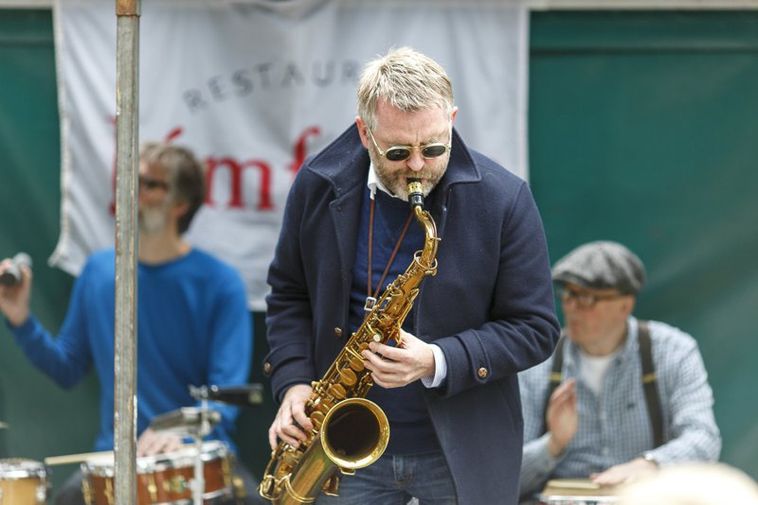 Monday for hardship, Tuesday for trial and Wednesday for soil (as in labouring with earth and rocks) are Icelandic sayings (‘mánudagur til mæðu, þriðjudagur til þrautar og miðvikudagur til moldar’). But Mondays, Tuesdays and Wednesdays don’t have to be so gloomy – can be just as much fun as the weekend!

The Icelandic cultural scene is ever growing. Nowadays, there are many cultural events all over the country, all week long.

In Reykjavik there is music everywhere every day of the week. The early week has no less to offer than the weekend. There are troubadours and DJs in many bars, while there are also bigger concerts, such as Myrra Rós at Rosenberg and Pearls of Icelandic Song in Harpa (for some old Icelandic music). There are even two classical-music concerts – James Laval is performing at Hannesarholt, and at the Sigurjón Hildigunnur Einarsdóttir (mezzo-soprano) and Gerrit Schuil (piano) perform as a part of the Museum’s Summer Concerts Series.

This early-week culture is in no way confined to the capital. At the Freezer Hostel in the small town of Rif on the Snæfellsnes Peninsula, there are events most days of the week. On Monday, there isthe one-man comedy Hero, which is based on the local saga of Bárður Snæfellsás. On Tuesdays, they have a concert – Live Sessions with Local Legends, as they call it – where local musicians perform. On Wednesday, there is another one-person act, this one based on the Viking woman Guðríður, who sailed to America 1,000 years ago.

There is a small Island called Flatey on Breiðarfjörður, with a beautiful little village inhabited only in the summer. On Wednesday, at Hotel Flatey, the band Eva will perform an intimate concert suited to the charming surroundings.

Moving to the north of Iceland, there is an early Lieder by Helena Guðlaug Bjarnadóttir soprano and Daniel Þorsteinsson pianist at Hof Menningarhús.

At Siglufjörður, there is a culture festival called Reitir. The town is filled with artists from all over the world performing and exhibiting various works around town.

The East of Iceland is every bit as lively as the rest of the island.

On Wednesday at Eskifjörður, there is one of the Unique Lunch Concerts. These are concerts really like no other, where the experience and connection with the performer is enhanced by blindfolding the audience.

On Wednesday evening, there are concerts at the church of Seyðisfjörður, part of the Blue Church Summer Concerts. Performing: The Merry Poppins, offering a variety of music genres for a feast of music!

For a something a bit heavier, the Eistnaflug Rock Festival starts up on Wednesday at Neskaupsstaður. The premium night offers as great a rock line-up as the rest of the festival, but for one night only, the concert is open to all ages.

If you are longing for the weekend just remember – it doesn’t matter. The rest of the week is just as much fun!