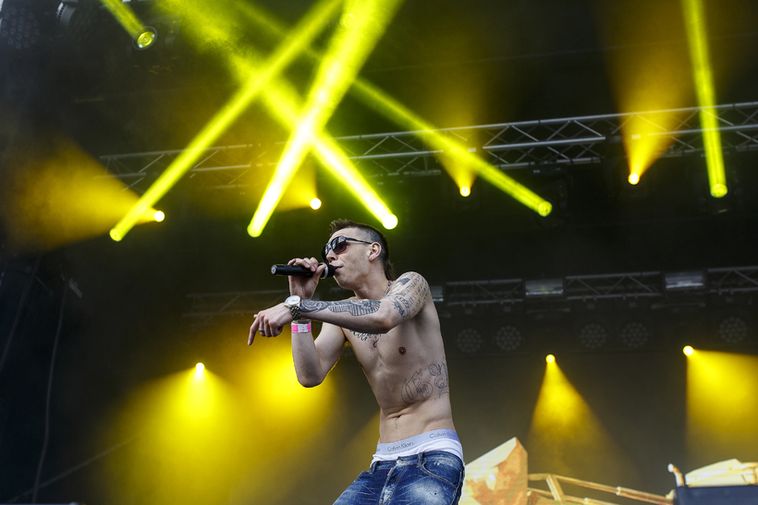 A video has been released on YouTube of the brawl between Jackass star Bam Margera and Icelandic musicians at the Secret Solstice outdoor music festival. The footage shows Icelandic rapper Gísli Pálmi punching the Jackass star.

According to spokespeople of the festival, as reported by visir.is, Margera tried to break in to the festival's production room and harassed two female members of staff. They said that he was in a very inebriated state and that the Icelandic musicians were coming to the aid of the women in question. In an interview with visir.is, Margera denies harassing the women and said that matter revolved around an unpaid debt to him by one of the festival directors, Leon Hill.

Channing Tatum hangs out with Iceland's most notorious rapper