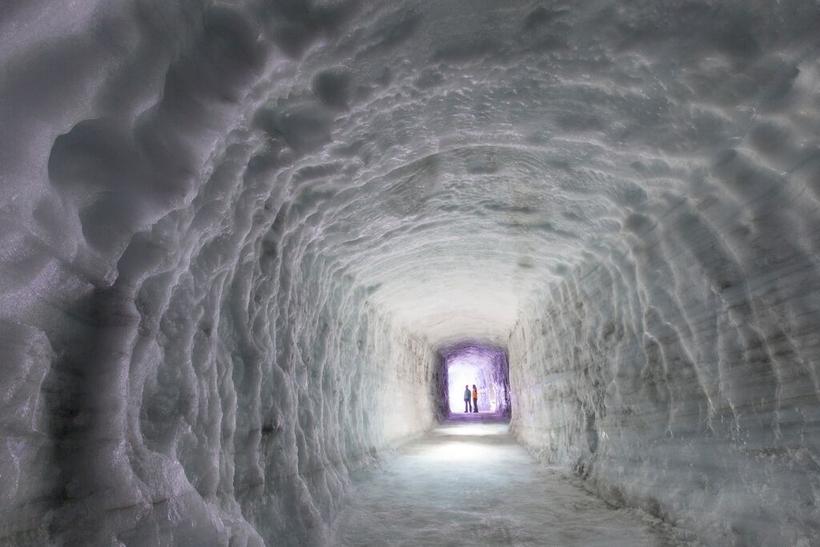 Imagine venturing into the depths of a glacier on a Saturday night, for a vodka-fuelled rave. This is actually what's taking place at the Secret Solstice Festival. Photo: Skarpi

It's the world's first rave inside a glacier, and it's taking place very soon at the Secret Solstice festival. The aptly named IceRave will be taking place inside the new ice cave inside Langjökull glacier and only 70 people can go.

According to the press release, "It's the  ultimate holiday experience to make your friends jealous of your Instagram feed this summer.  There probably won’t be much that will make them turn more green with envy than seeing you party within a glacial cave system in Iceland."

Leaving Reykjavík in the late evening of Saturday,  guests will travel by coach into the wilderness. Once arriving at Langjökull, Europe’s second-largest glacier,  the remainder of the journey to the entrance to “Icerave” will be taken in ice explorer vehicles, modified from their previous roles of transporting rocket equipment for NASA.

Guests will then descend into a man-made cave system, go on a 45-minute guided tour of the cave syste and end up with private DJ sets by electronic artists Totally Enormous Extinct Dinosaurs and Artwork, inside the glacial cavern.

According to Secret Solstice festival director Friðrik Ólafsson, attendees will become a part of history, as this will mark the first ever musical performance being held within a glacier.

“For seventy people, partying half a kilometre under the ice is truly going to be the experience of a lifetime,” says Ólafsson. “It almost doesn’t feel real to be putting on such a unique event, literally inside a glacier.”

A limited number of 70 tickets are on sale,  from today onwards for 29 thousand ISK (approximately €203), and are available as an individual event, as well as to existing Secret Solstice festival ticket holders. All transportation, food, cocktails mixed on site by Reyka Vodka and entertainment are included in the ticket price.