Russian girls are single and ready to mingle 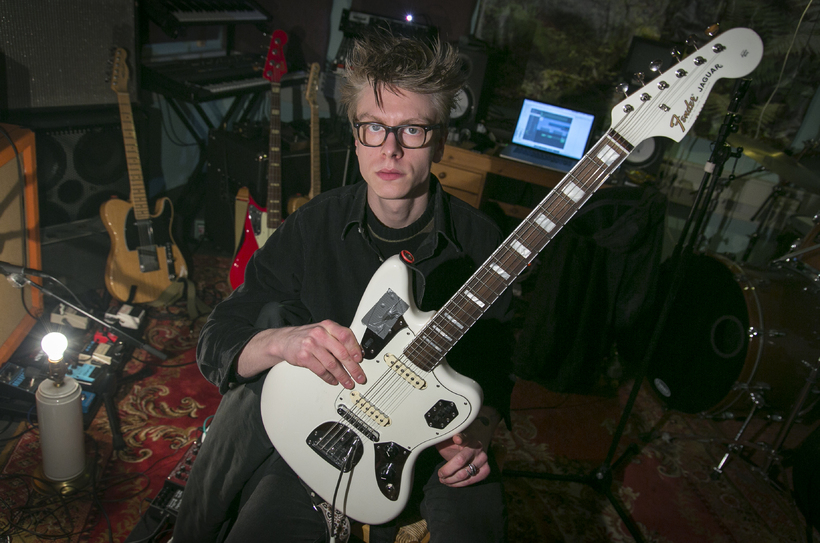 The music of Guðlaugur Halldór Einarsson, a.k.a Russian Girls could be descri­bed as a mixt­ure of electronic, lounge and ballads. Mbl.is/Árni Sæberg

Yes it is, but in the same time it can be really fun. You can disco­ver some great music from Ice­land and make some new friends at the same time. These Russi­an gir­ls seem to be really in­t­erested in gett­ing to know you plus they are all single and rea­dy to mingle

So wh­ere does the name actually come from?

The idea came from pop-up ads on the in­ter­net. It's the sort of  thing that's hard to deny when you are brows­ing.

In Fuf­anu I of­ten make demo's from ideas that I have. Then I show it to Kakt­us and Frosti and we make somet­hing out of it. The writ­ing process is never the same. When I realized I had bunch of songs that didn't really fit for the Fuf­anu concept I decided to start this russi­an.gir­ls proj­ect. It started kind of slowly but for the last year I've been do­ing more gigs as russi­an.gir­ls. With the proj­ect i basically just want to make music with friends and share ideas

Frí­mann from Lady Boy Records asked me if I would be in­t­erested in releasing some of these russi­an.gir­ls tracks at. I had an idea for an alb­um with my older stuff, so I just sent him some demo's. The tracks are old, that's the rea­son for the name Old Stories. But it doesn't mean they're out of fashi­on.

If you check out my mixcloud you'll may­be get the idea of what music inspires me.

See Russian.girls live with The Pink Street Boys on May 22nd.

Get a copy of the cassette at htt­ps://​lady­boyr­ecords.bandcamp.com/

Check out russi­an.gir­ls on soundcloud HERE.