A mosque from Iceland at Venice Biennale 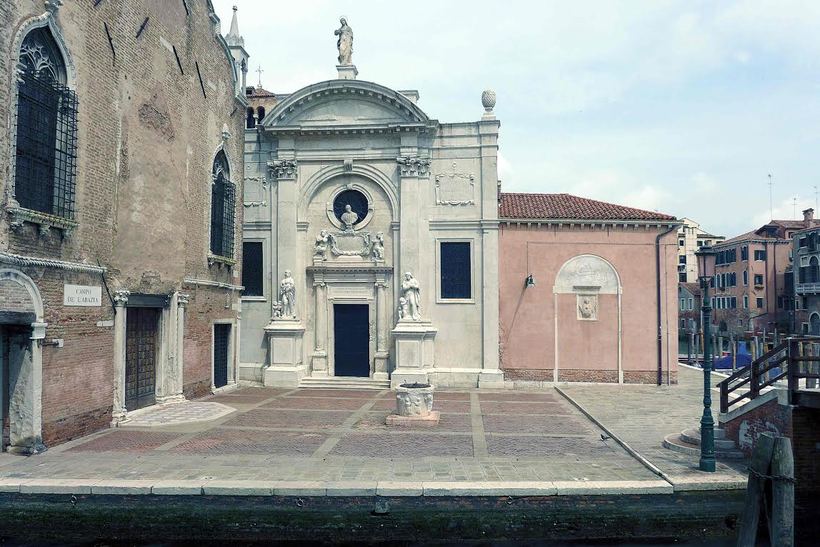 THE MOSQUE will be installed in the historic church of Santa Maria della Misericordia in the Cannaregio sestiere. Photo: CIA Centre for Icelandic Art

Christoph Büchel will be representing Iceland at the Venice Biennale which begins on May 9th. The piece, titled The Mosque is located in a deconsecrated 10th century church and is set up in collaboration with the Icelandic Muslim Society. Mosques have neither risen in Venice or in Iceland.

According to a press release from the Centre of Icelandic Art, The Mosque will serve as a place of activity for the Venice Muslim Community and will offer an ongoing schedule of educational and cultural programs available to the general public.

"The creation of mosques is a source of contention today in locations around the globe. As the Venice Biennale contribution of Iceland, a country with one of the lowest immigration rates in the Western world, The Mosque also creates a reference point specifically for the Muslim Community of Reykjavik. The Iceland Muslim Community is gradually becoming a part of the social fabric there, and after twelve years of political debate and media controversy, is finally preparing to construct the first purpose-built mosque in the history of the nation’s capital," it states in the press release.

At the Cannaregio church site of The Mosque, visitors will find the physical attributes of Muslim worship – the qibla wall, the mihrab, the minbar, and the large prayer carpet oriented in direction of Mecca – juxtaposed with the existing Catholic architecture of the Church of Santa Maria della Misericordia in a visual analog for the layering of history, religion, and culture that gives rise to both progress and conflict.

Not About to Give Up After Amputation

14 Babies Born in Iceland Over Christmas