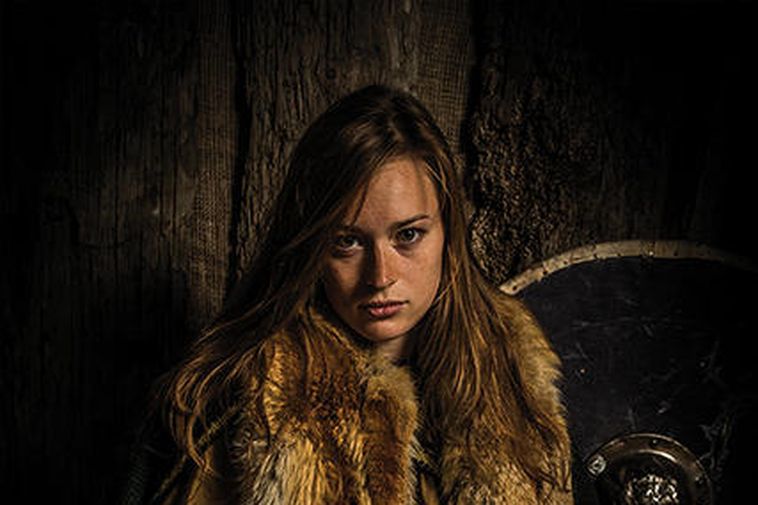 "I first borrowed a camera from my father when I was eight years old. After that there was no stopping me," explains Guðmann Þór Bjargmundsson, owner of MINK photography studio which interestingly, specialises in doing Viking portraits which means clients can get their photo taken in an impressive set wearing Viking clothing. So what's the fascination with Vikings?

"I've always had a fascination and connection to Vikings. How they lived and worked, their forgery and craftsmanship," says Bjargmundsson who has also worked on many Icelandic and international film projects, including work on the Game of Thrones series and Vonarstræti (Life in a Fishbowl). Its through the film work that Bjargmundsson acquired the impressive stock of costumes. "My friends in the movie business, costume and make up designers Elín Reynisdóttir and Margrét Einarsdóttir have helped me greatly with the outfits, which all have to look as if they've been worn, to make them look more realistic. Like an authentic Viking or Valkyrie."

Bjargmundsson explains that his clientele is both tourists and Icelanders. "Vikings have always been popular. Their world is an attractive one, it's a world where nature and man meet, creating something powerful and unique. They also had seers, which they called Völvur and are deeply connected to Shamanism. Vikings were explorers and travelled the world over, bringing back with them all kinds of exotic products and clothing which was previously unknown in western Europe."

Kit Harington and Emilia Clarke in Iceland filming GOT

Kit Harington on Iceland: Saw global warming with my own eyes