Is Grýla a Celtic goddess? 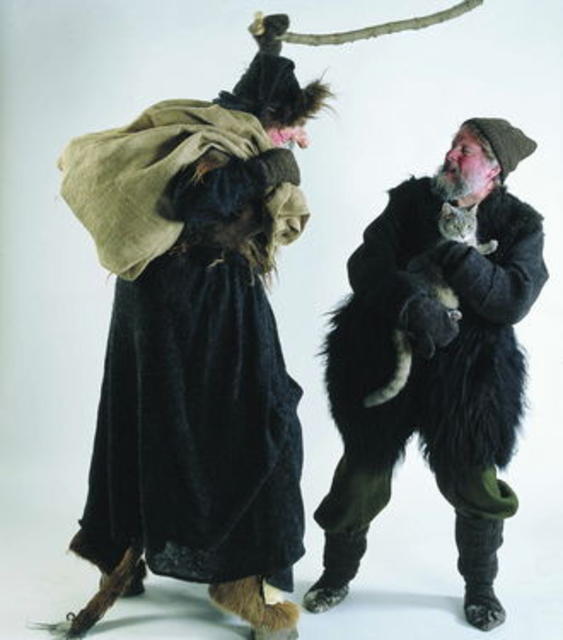 "I am convinced that Grýla and her sons have deeper roots than is commonly known," says Valgerður H.Bjarnadóttir who is giving a lecture on the origins of Icelandic ogre Grýla on Monday evening in Lygna, Síðumúli in Reykjavik. Bjarnadóttir, who holds a masters degree in feminist cultural and religious studies believes that Grýla has a lot in common with the Scottish Cail­leach Beur and the Irish Cail­leach Bhé­ara.

"There are tales in Scotland and in Ireland that resemble the Icelandic tales of Grýla closely and there is no doubt that these stories and beliefs came to Iceland at the time of settlement. Some stories become firmly rooted in our culture and others change or merge with stories from other cultures. The Irish elf tales are very similar to our Icelandic ones, for example. Scottish goddess Cail­leach Beur and Irish goddess Cail­leach Bhé­ara are Celtic varieties of a goddess or supernatural being which we call Grýla in Iceland." These three beings share distinct similarities. 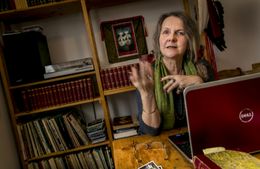 They are all connected to winter and the dwindling sunlight, to the mountains and the wilderness, according to Bjarnadóttir. They all have a walking stick which freezes the earth beneath it and a husband who is much weaker than they are. In some stories they have dozens of children.

"The numbers nine and thirteen are interesting because they are connected to goddess worship in ancient times. The valkyries are also either nine or thirteen," Bjarnadóttir explains. " I think that Grýla has the same roots as a number of other supernatural beings, goddesses or witches connected to darkness and death, but give birth to light. The ogress Nótt gave birth to Auður, Jörð and Dagur according to Snorra-Edda. All around the world we find stories of the mother goddess who give birth to a son at Winter Solstice. Some of these mothers are beautiful and gentle, such as the Virgin Mary, but others are dark."

Bjarnadóttir believes Grýla is a symbol of the Winter Solstice, a time which in centuries past was a time of hardship, hunger and cold which often killed children. "The Yule Lads are thirteen because they are connected to the moon and the months between the winter solstice. A moon is full 13 times a year and the number 14 is a holy number in goddess worship and other religions strongly related to the moon. Bjarnadóttir also mentions the Yule cat as a part of the whole picture. "If Grýla is a goddess or a witch, the cat is usually a part of those stories."

New life is born in darkness

When asked whether Icealnders have lost their Grýla as a specific Icelandic story, Bjarnadóttir laughs and explains that Grýla, Leppalúði and the Yule lads are definitely Icelandic. "They just have relatives all over the world. In Iceland, the story has developed in its own special manner." She believes that connecting with Grýla at this time of year is good and even seeing her in a different light. " Thousands of traditions have developed at this time of year. People go a bit mad, they drink and eat excessively, they give presents, they play games, they laugh and joke, they scare each other and they fight. Now we tend to go a bit wild before Christmas and on New Year's Eve and at Christmas we are more proper and generous."

She thinks that man's fear of darkness and the unknown will never disappear from the human world although noone still believes in Grýla and her family. "I think it's important to remember that all new life is born in darkness, darkness is as important, as good, and no less noble than the light. "