Sóley has supervised the event site of Iceland Monitor since February 2015, registering events and writing articles about them. She has a Master’ s degree in Applied studies in Culture and Communication from the University of Iceland and a BA degree in Ethnology from the same University. 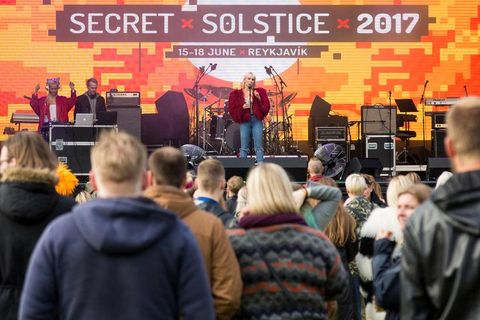 Music: Experiencing the Secret Solstice festival for the first time

25 Jun 2017 From the beginning, Secret Solstice has been at the top of the list for hip outdoor music festivals in Iceland. I attended for the first time last weekend. It was everything I expected and more.

A Reykjavik celebration of an ancient artform, the tattoo

3 Jun 2017 The Icelandic Tattoo Convention is taking place in one of Reykjavik’s historical buildings, Gamla bíó, this weekend for the 12th year in a row. The festival is very popular. 30 artists participate but they could easily be 200, according to the festival director. 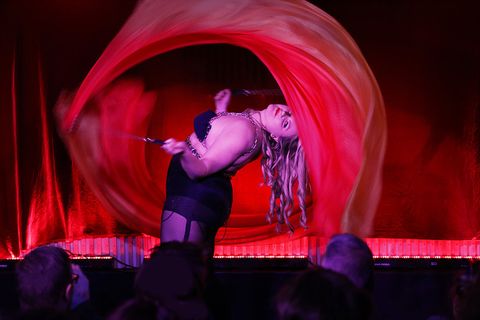 Review: A visit to Reykjavik‘s Cabaret

31 May 2017 I had no idea what to expect when a sat down at one of Reykjavik Kabarett‘s shows. In the break, after crude jokes, music, nudity and magic, I was laughing but didn‘t really have any idea what I thought. I walked out with a big smile on my face, what a show! 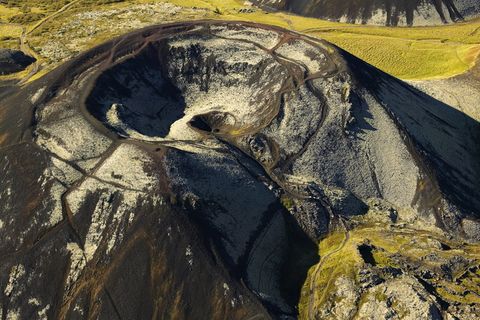 20 places to see in West Iceland

21 May 2017 There are so many different things to see and do in West Iceland. With interesting historical places, diverse nature with beautiful waterfalls, lava fields, glaciers and high mountains, you could easily stay there for your whole vacation and never get bored. 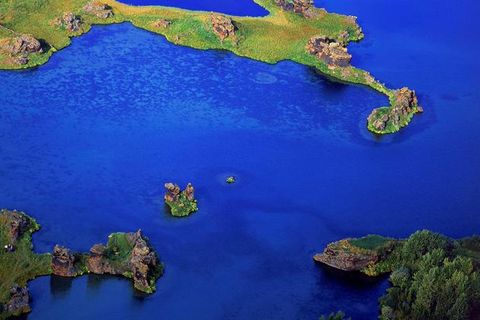 14 May 2017 Mývatnssveit is an area of extremes in North Iceland. Lake Mývatn with its deep blue colour surrounded by old craters, bubbling clay in Námaskarð geothermal area. The green vegetation in the warm summers and blue of the biting frost in winter. 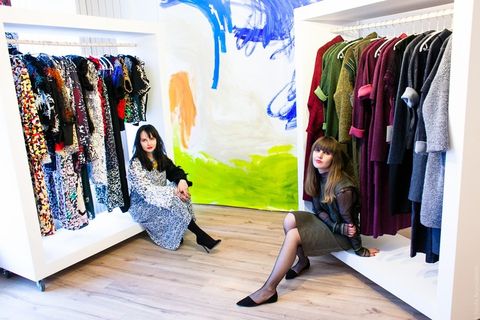 Where art and designer clothing come together

11 May 2017 Designers Magnea and Anita Hirlekar opened a concept space in Reykjavik Centre a few weeks ago, where their designs are a constant in the space set up, while the rotation of new and emerging artists and designers joins them every other month, curating the space to their imagination. 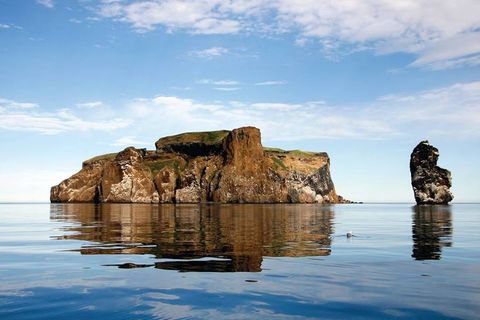 Drangey Island soon to open for the summer

9 May 2017 The port at Drangey Island in North Iceland is being rebuilt after winter storms. Drangey is one of the biggest colony of puffins in the area, and a popular destination to explore nature for both local and foreign tourists. Locals from the area also visit the island to gather eggs and hunt. 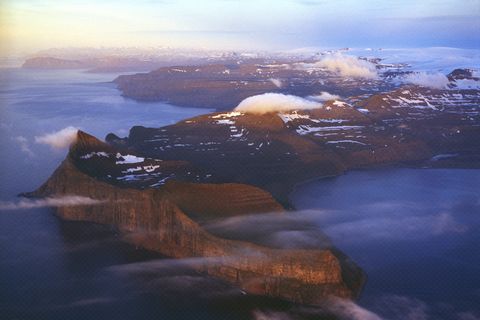 Top 22 things to see and do in the West Fjords

24 Apr 2017 There is no area in Iceland quite like the West Fjords. There are not many people, either locals or tourists. The roads take you from high mountain peaks down to narrow valleys with breath taking view, beautiful nature, waterfalls and birdlife. 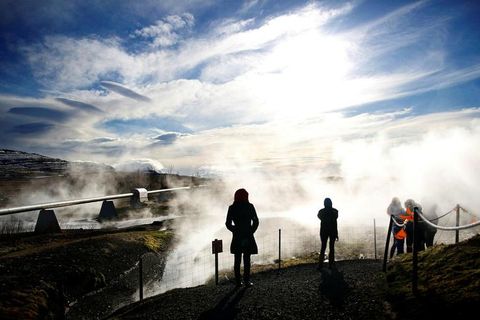 15 Apr 2017 One packed day with a visit to a lava gave, the most powerful hot spring in Europe, goat and horse petting, waterfalls, history and great food. What more can you ask in Iceland? And all in one day! 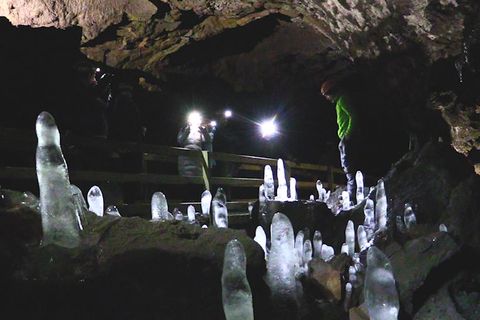 14 Apr 2017 A visit to Víðglemir lava cave is an amazing experience, the colours, lava formations and in winter, icicles are nothing short of stunning. Comparing lava caves to other caves is “like comparing ice hockey to figure skating because they both take place on ice,” says tour operator. 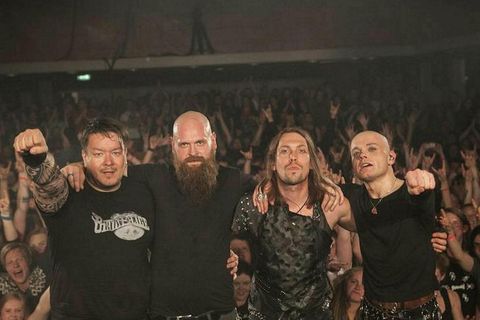 7 Apr 2017 One of Iceland’s most popular rock/metal bands Dimma just released a song from their coming album Eldraunir. The song is called Villimey, and it’s just as good as the music on the band’s last album, which was an instant hit in Iceland.

What's with this Harpa?

1 Apr 2017 Icelanders had for years a complicated relationship with Harpa after a troublesome start, but not anymore. Harpa manages to put on many faces, to be a platform for events for pretty much every angle of society. It also houses two great restaurants. 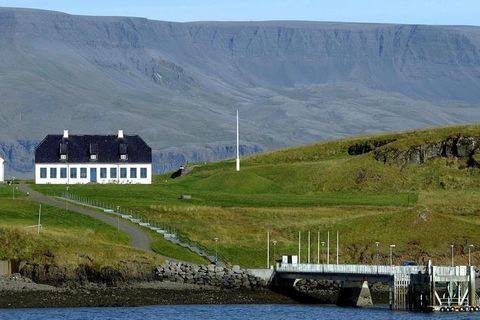 Nature, history and culture, a short ferry ride from Reykjavik

19 Mar 2017 Viðey island is just a few minutes ferry ride from Reykjavik. Beautiful nature, steeped in history and culture (artists such as Yoko Ono and Richard Serra). It’s a perfect escape from the city.

12 Mar 2017 Joylato is a perhaps one of the most interesting ice cream shops in Reykjavik. Everything is gluten free, most things area available vegan and the ice cream is absolutely delicious! It also happens to be inspired by the teachings of spiritual leader Sri Chinmoy. 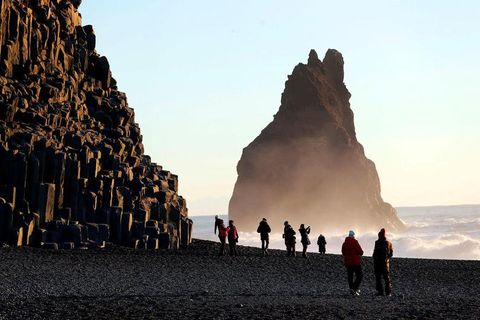 7 Mar 2017 The western half of Iceland’s south coast is an easy day tour from Reykjavik, as Iceland Monitor has tried and tested. Including stops like Vík, the beautiful Reynisfjara beach, Seljalandsfoss waterfall and much more. The trip then ended with a soak in a geothermal pool while watching the sunset.