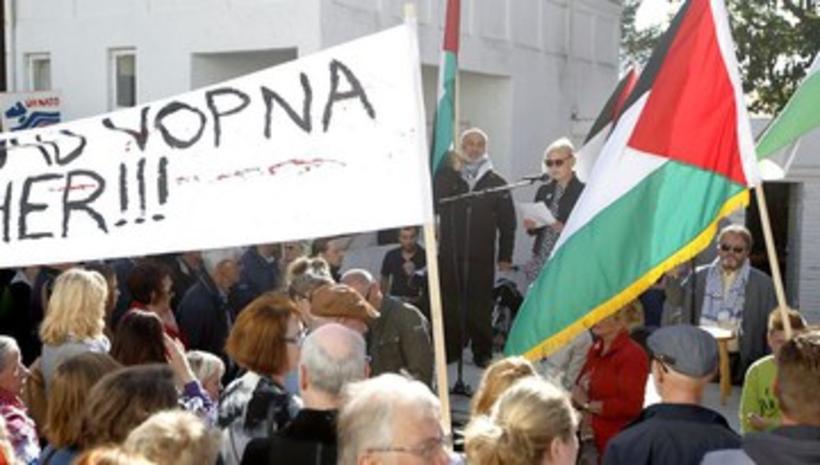 Members of the youth alliance of the Left Green party have strongly criticized Mayor Dagur B.Eggertsson's decision to withdraw the proposal to boycott Israeli goods. The alliance believes that accepting the proposal was a big step for human rights.

"The genocide of Palestinians by the Israeli state cannot be stopped by doing nothing. For this situation to end, the international community must stand with the Palestinian nation. Boycotting is a peaceful operation, compared to the military operations it takes a stand against. By boycotting Israeli products until Palestine is free the international community puts pressure on the Israeli government to stop their actions."

The announcemenet addst that the movement criticizes the Mayor's lack of courage in this matter. "The response to the acceptance of the proposal was foreseen and it was clear to everyone that the state of Israel and its supporters would not accept this quietly. The youth alliance of the Left Green Party urge City Councillors to stand by their decisions and with the Palestinian nation."