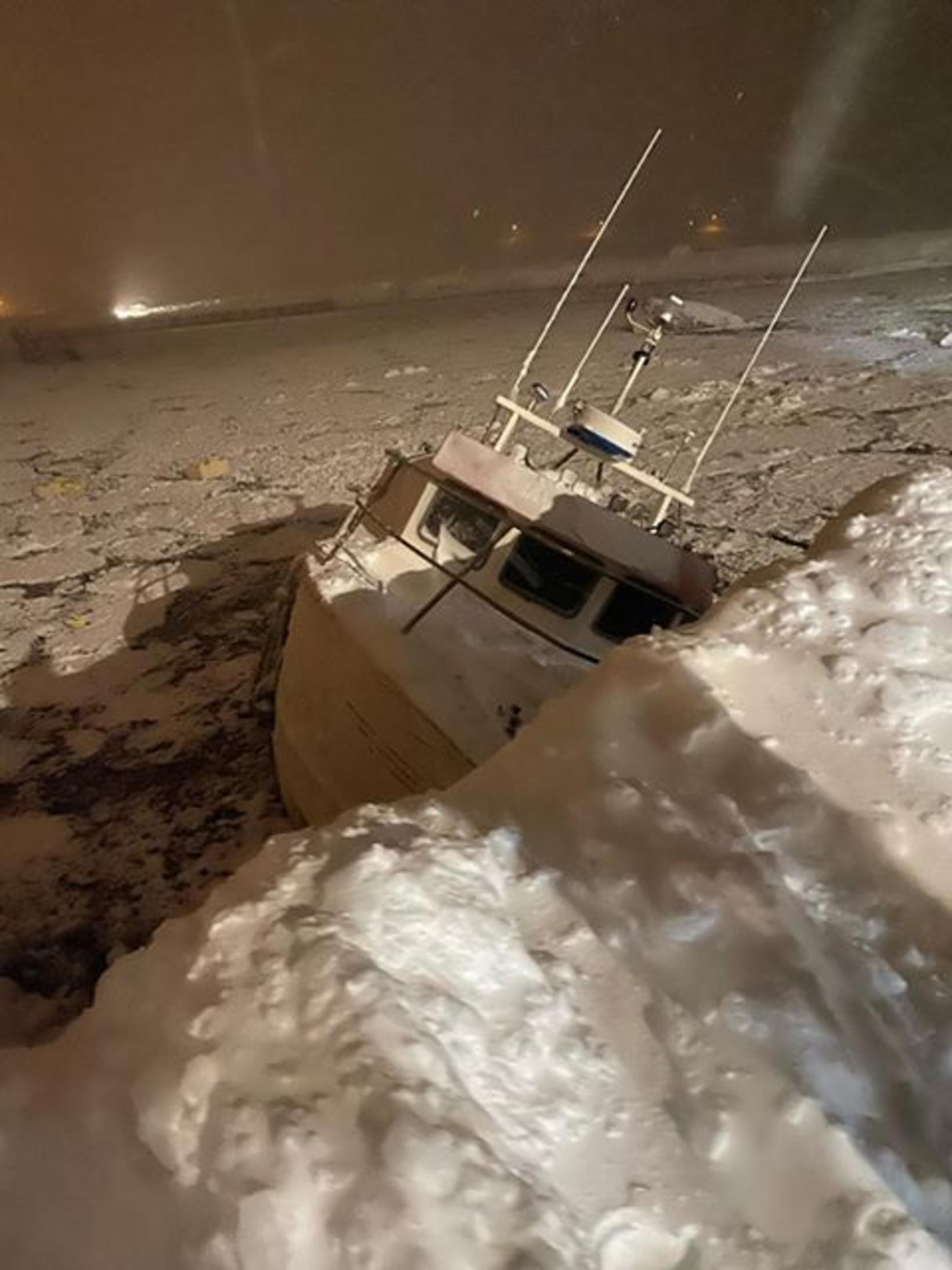 In Flateyri, one of the avalanches fell on a residential house, from which a teenage girl was rescued, after having been buried in snow for half an hour. She escaped without serious injury. Since all roads in the area are impassable, due to blizzard conditions and the risk of avalanches, rescue workers were transported to Flateyri by the coast guard ship Þór, which was in Ísfjörður harbor last night.

They found the teenage girl, buried in snow, in her bedroom. She was transported by Þór to Ísafjörður. Other family members had been able to get out of the house by themselves.

The avalanche that fell near the village Suðureyri created a tsunami, which damaged houses on the shore, as well as boats in the harbor, but didn’t result in injuries.

Part of one of the avalanches in Flateyri passed deflecting dams, which had been built to protect the village from avalanches. It buried the aforementioned house in snow, while a dam deflected the other avalanche away from residential houses and into the harbor, thereby sinking six out of seven of the village’s boats. Two oil tanks were located by the harbor, one of which sank. According to the Icelandic Met Office , the speed of the latter avalanche measured between 150 and 200 km/hour (93-124 mph) just before it hit the deflecting dam. 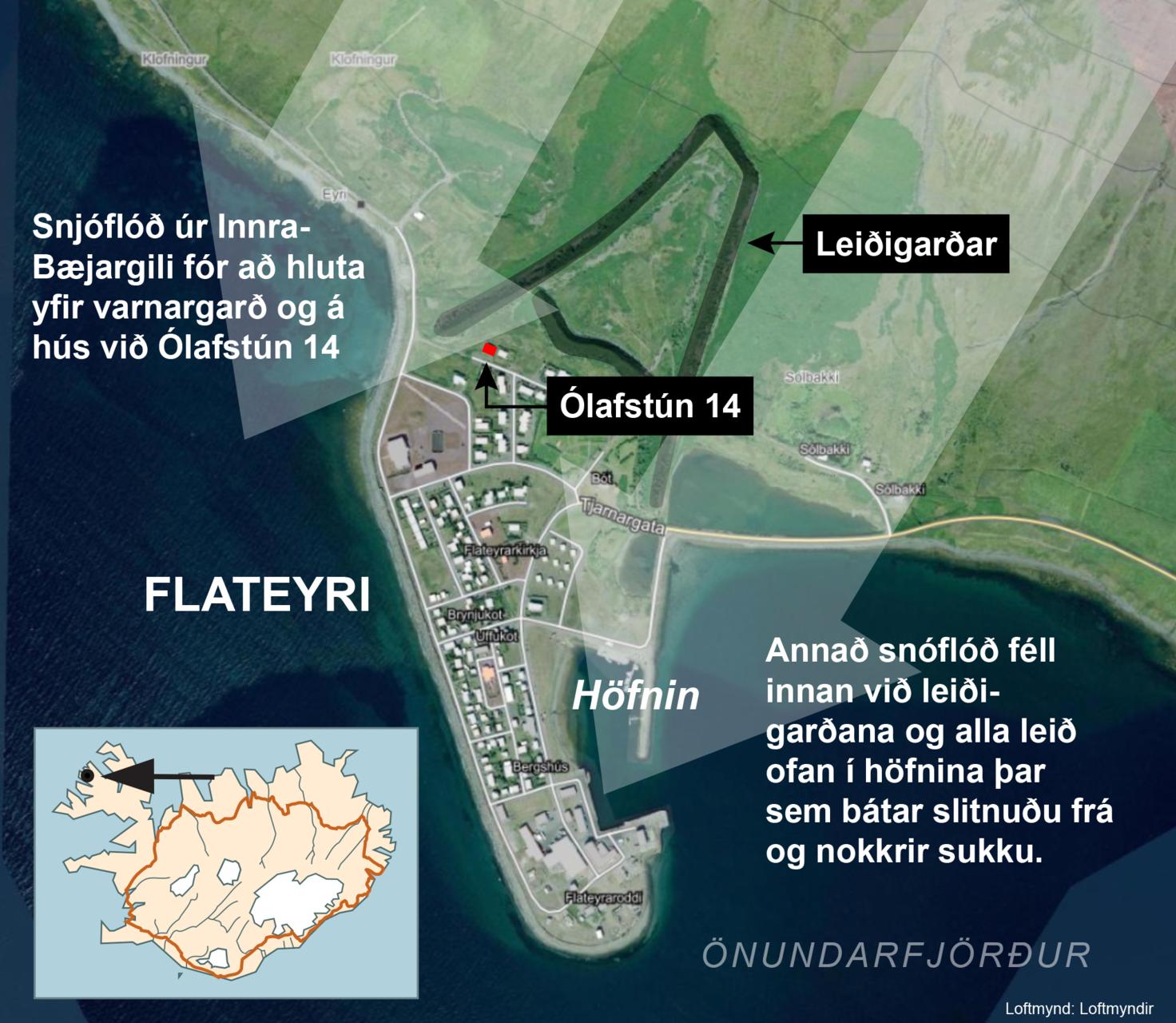 Since the avalanches hit, some farms in the area have been evacuated.

An emergency phase has been declared in Flateyri and Súgandafjörður in the wake of the avalanches. 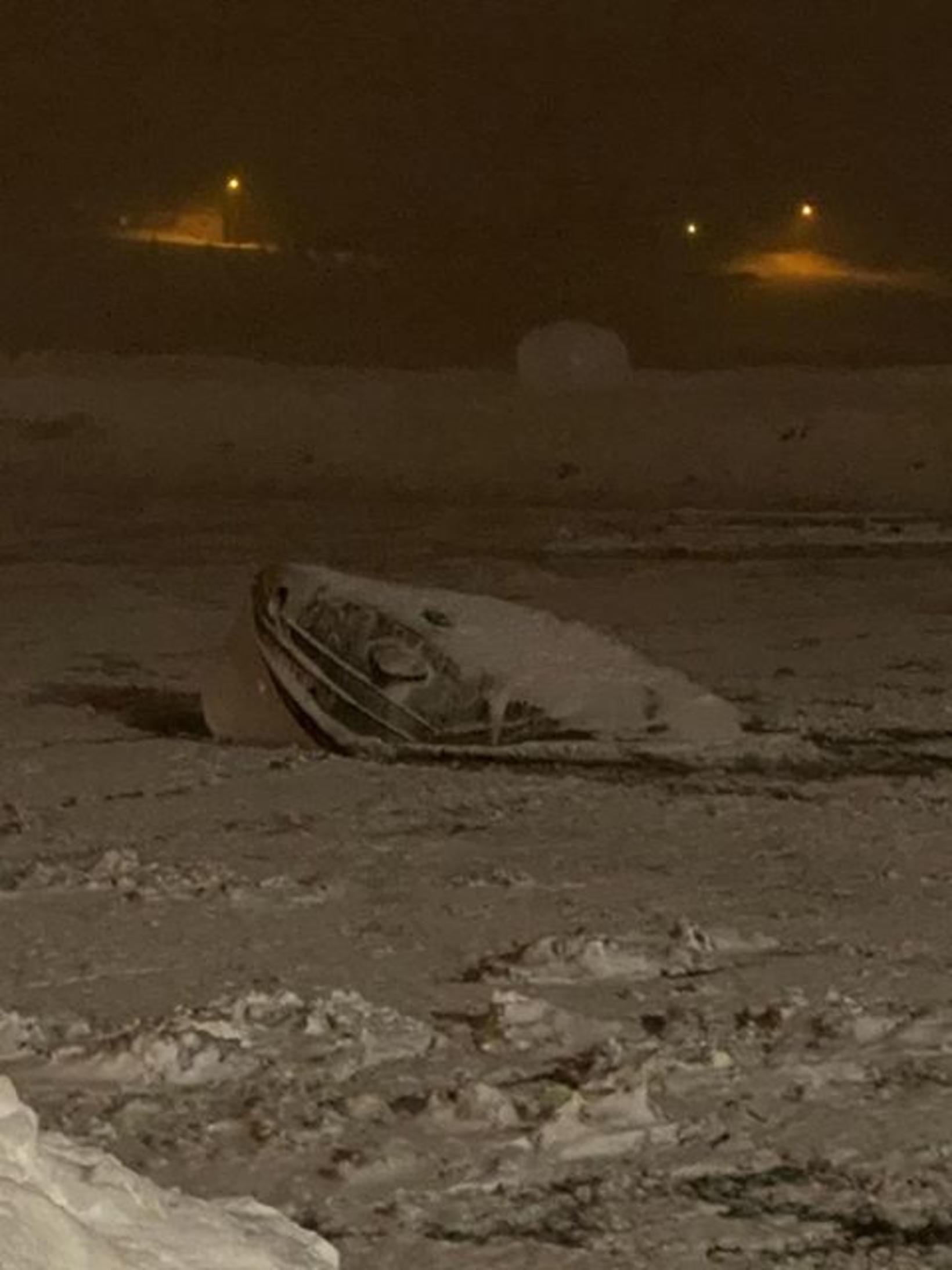 Tomorrow, January 16, marks the 25 th anniversary of a tragedy in Súðavík , the West Fjords, where an avalanche fell, claiming 14 lives. On October 26, also in 1995, 20 people lost their lives in an avalanche in Flateyri .  The avalanches that fell last night will undoubtedly reopen old wounds.