Having a Ball in Iceland 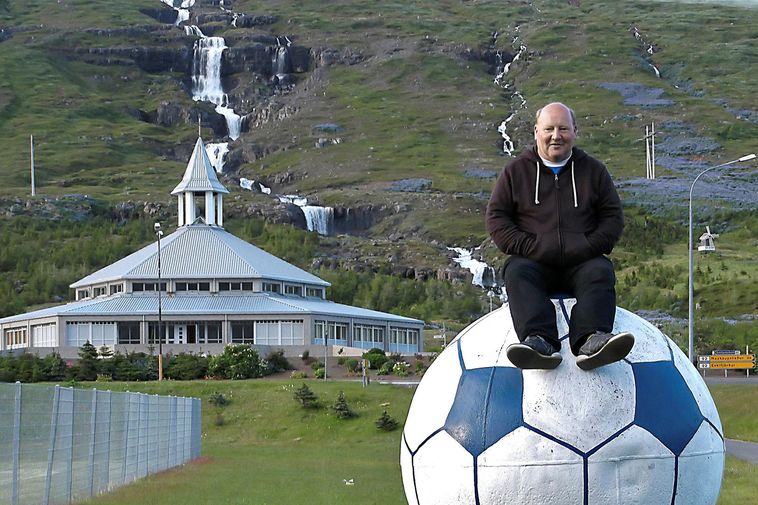 German sports journalist Dirk Harten knows more than most about how to have a ball in Iceland. That’s what he’s literally been doing year after year after year. Ever since 2011, he has come to Iceland annually, with the aim of visiting soccer fields and going to soccer matches, Morgunblaðið reports. Over the years, he has taken pictures of 250 soccer fields, and attended official matches at 86 of them.

In the process, he has gotten to know numerous soccer players personally. Dirk and his family have traveled all over the country, visited interesting tourist attractions during the day and gone to a soccer match in the evening.

“The staff at the Football Association of Iceland has always been very helpful to me,” he states. His favorite teams are Stjarnan, from Garðabær, and KR, from Reykjavík, and he has even attended their UEFA games, in Iceland and abroad.

Dirk has a strong connection to the Grindavík team, Southwest Iceland, as well. “The people of Grindavík are especially friendly,” he states, “and they always invite me for dinner with the team, following a match.

He follows the national men’s soccer team closely. “The highlight was being at the Laugardalsvöllur arena when Iceland beat Croatia 1:0 on June 11, 2017, and the referee blew the whistle at the end of the match, and everyone sang ‘Ísland er land þitt’ [Iceland is your country] – it is unforgettable,” Dirk reminisces. The victory helped Iceland earn the right to participate in the World Cup in Russia the following year.

Dirk knows all about the history of Icelandic soccer. He enjoys matches, regardless of what division they’re in. What captivates him is the atmosphere, which is friendlier than elsewhere in Europe, and there is no need, he states, to fear the opponent’s supporters.

“The police aren’t present during games, and I appreciate that,” he notes. One thing that surprises him is seeing people in the countryside watching a game from inside their cars, celebrating a goal by honking the horn. “I wouldn’t want to sit in a car, watching a game. Even when it’s windy and rainy, I want to watch from the stands,” he states.

Dirk usually spends two weeks in Iceland at a time. “Iceland is an expensive country, but I have yet to see more teams at the fields, and my dream is to see official games at 100 fields,” he concludes.