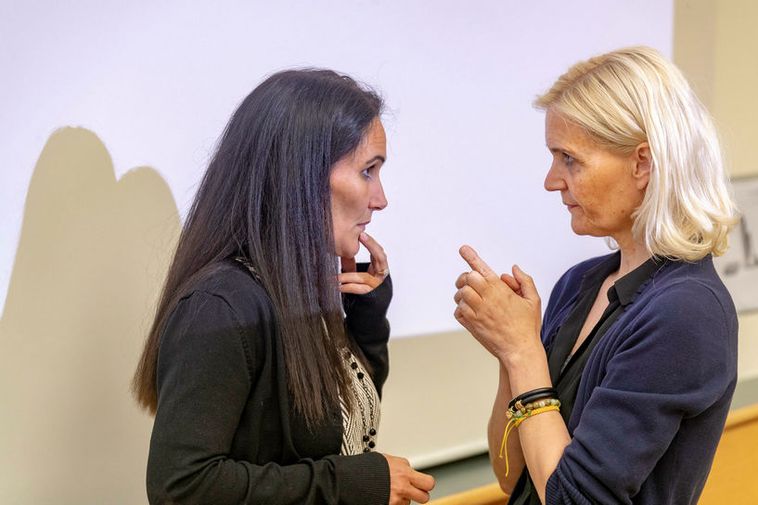 From a negotiating meeting of midwives and the State. mbl.is/Árni Sæberg

Members of the Association of Icelandic Midwives have overwhelmingly  approved a mediating proposal, signed by their representatives and the State mediator Saturday night. This was announced on the State mediator’s website. The electronic voting, which commenced Monday, concluded at noon.

The wage proposal was approved with 95.1 percent of the vote. Of the 247 midwives registered to vote on the deal, 224, or 91 percent, participated in the voting process.

Subsequently, Icelandic Minister of Finance Bjarni Benediktsson, approved the proposal. A new wage agreement has, thereby, taken effect and will be good through the end of March, 2019.

Katrín Sif Sigurgeirsdóttir, head of the midwives’ negotiating team, told mbl.is the result did not come as a surprise. She had sensed support for the deal as it was introduced to midwives in Akureyri and Reykjavík.

What surprised her, though, was how overwhelming the support turned out to be. “I didn’t expect it to be this unanimous.”

The agreement gives midwives a 6.9 percent raise of their median pay. In addition to the pay raise, the agreement stipulates that their main demands be put before an arbitration court, appointed by the State mediator. Those demands include looking into whether their pay is in line with their work load, education and job requirements

The agreement also involves a plan by Landspítali National University Hospital to review and reassess the job descriptions and responsibilities of midwives, and take into consideration the equal pay certification, a law which took effect January 1 to ensure the equal pay of men and women.