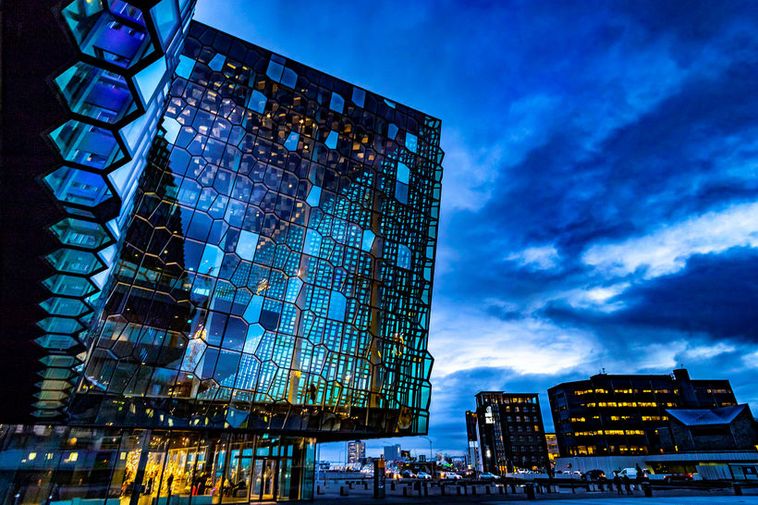 Harpa Concert and Conference Hall by Reykjavik harbour. mbl.is/Árni Sæberg
The European Film Awards  will be held  at the Harpa Concert Hall and Conference Centre in December 2020. The prize was established in 1988 with the main purpose to promote and promote European filmmaking. Hosting the awards in Reykjavík is a collaborative project between the state and the city and discussions with the European Film Academy have been going on for some time. Two other cities applied to host the awards.

The awards are held every other year in Berlin but in between, in other European cities. The awards have attracted foreign visitors from all over the world and well over a hundred international journalists. It can, therefore, be expected that the festival in Harpa will receive a great deal of media coverage and contribute to a strong promotion of Iceland and Reykjavík as the preferred destination for tourists and places for films.

Several Icelanders that have received awards from the academy. Hilmar Örn Hilmarsson got awarded for the Best Music in the film Children of Nature (Börn náttúrunnar) by Fridrik Thor Fridriksson and in 2000, Björk Guðmundsdóttir was awarded for her role in Lars von Trier’s film, Dancer in the Dark. Ingvar E. Sigurðsson received an audience award for a play in the Angels of the Universe (Englar Alheimsins) directed by Fridrik Thor Fridriksson.

The managers of the European Film Academy have visited and examined Harpa and believe that the building is a great fit to host an event like this in Iceland. It is expected that around 1,400 guests will be at the awards in Harpa but the ceremony will be broadcasted internationally.